Truehome refines the user interface and user experience of homes. It is a systematic suite of testing and collaboration tools nested in a business to consumer network that identifies the details of an individual or couple’s psychological and emotional “experience of home" then allows them to collaborate to develop real projects. Built-in collaboration tools facilitate the purchase, design or building criteria developed through the interaction of project teams of consumers and pros.DiscoverHome quizzes are psychological/environmental quizzes that displayed “Insights” about emotional goals, values, and preferences for the home that map a personal eco-system. Personalized information about lifestyle choices, living space design, wellbeing, construction methods, materials, products and services are generated and shared via an easy-to-understand virtual scrapbook for each user called their “Truehome Notebook.”

March 18, 2020 monashees and Class5 Global led a US$8.8m investment in TrueHome, a Mexican real estate platform, with participation from FJ Labs and follow-on from Mountain Nazca. ( CrunchBase )  The real estate space has seen a ton of disruption here in the United States. But lately, I’ve been hearing about more startups in Latin America raising money to address challenges and inefficiencies. Here at Crunchbase News, we’ve reported on a number of Brazilian real estate companies, such as unicorn QuintoAndar (which last September raised a $250 million Series D round led by SoftBank), and Yuca (a co-living startup that raised a $4.7 million pre-seed round) for example. But Brazil is not the only Latin American country with venture-backed companies attacking the space. I interviewed Raul Villarreal, founder & CEO, of Mexico City-based TrueHome about the company’s recent (and previously unannounced) $8.8 million Series A raise. Brazil’s Monashees and San Francisco-based Class 5 Global co-led the round, which also included participation from FJ Labs out of New York and Mexico-based Mountain Nazca. (Villarreal himself was previously an associate at Mountain Nazca.) The round is notable for a few reasons. For one, it marks Class 5 Global’s first investment in Mexico, a region that has seen a significant uptick in venture investing as of late. Latin America, in general, has also seen increased global investor interest, as we reported in this piece last April. Via email, Class 5 co-founder and managing partner Zach Finkelstein told me his firm was “amazed by the quality of the entrepreneurs emerging in the ecosystem,” and that it hoped “to partner with many more.” In particular, he believes that TrueHome, which started out as iBuyer but has evolved into being a tech-enabled broker focused on the Mexico City market, is meeting a critical need. “Mexico has one of the highest home ownership rates in the world. With very little organized data, however, the process of buying or selling a home in Mexico is full of friction,” he wrote. “Buyers are forced to deal with fake and duplicated listings and unreliable brokers. TrueHome is solving these problems by using technology to make buying and selling homes a seamless and transparent process.” Class 5 Global is focused on investing in emerging markets, particularly Latin American, the Middle East, and Southeast Asia. Zach Finkelstein and Joel Ayala co-founded the firm, having previously led deals in such emerging market companies as Careem, CargoX, and Fresha. How it works TrueHome started operating in April 2017 as an iBuyer (which make cash offers on homes on behalf of potential buyers) but pivoted in January 2018 to brokerage services. “We made a couple of transactions as an iBuyer, but then as we were making offers for properties, and buying and selling them, we saw a huge opportunity to bring technology into the brokerage part of the industry to make the process more transparent and simple, and help our customers save money on the transactions,” Villarreal told me in a phone interview. By the summer of 2018, TrueHome had launched its beta to the market, and closed on a seed round of $1.3 million led by Mountain Nazca. It’s since been building out its technology and capabilities, and grown its headcount to a little over 150 employees compared to about 25 a year ago. TrueHome has over 1,300 listings, which makes it one of the top 5 brokers in Mexico City, according to Villarreal. It’s focused strictly on the residential market and for-sale properties. It’s also (for now) focused just on the Mexico City market, which it says is huge enough to provide plenty of business. “There’s no MLS in this market,” Villarreal told me. “With the lack of transparency, brokers don’t have an incentive to provide all the information on properties. That ends up hurting the consumer at the end of the day.” TrueHome takes a percentage of each transaction made on its platform. It charges 3 percent to execute transactions generally. But if another broker sells one of its properties, it splits a 4 percent transaction fee with that broker. Its own brokers are salaried, similar to Redfin’s model. With its new capital, the company is focused on working to be “the No. 1 broker in Mexico City” and achieving 20 percent market share in the areas in which it operates. Monashees, Class5 Global, and Others Invest US$8.8m in TrueHome was last modified: March 18th, 2020 by Editor 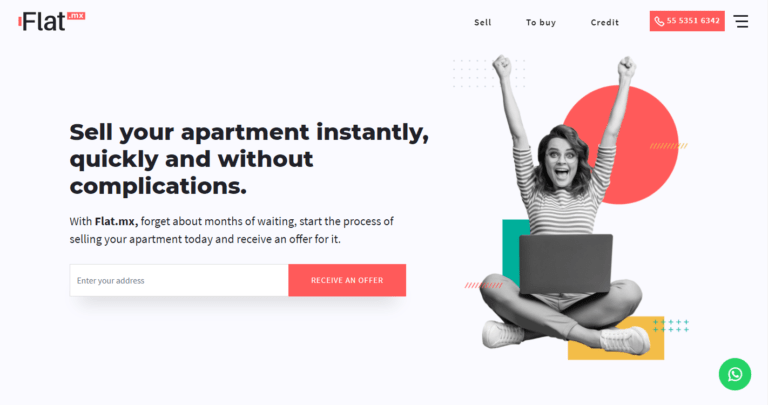