TripActions is a travel management company for businesses and business travelers. It offers an end-to-end solution that combines booking technology, an inventory of travel options and a 24/7 customer support infrastructure. Booking and managing travel can be done on the web or via a smartphone app. 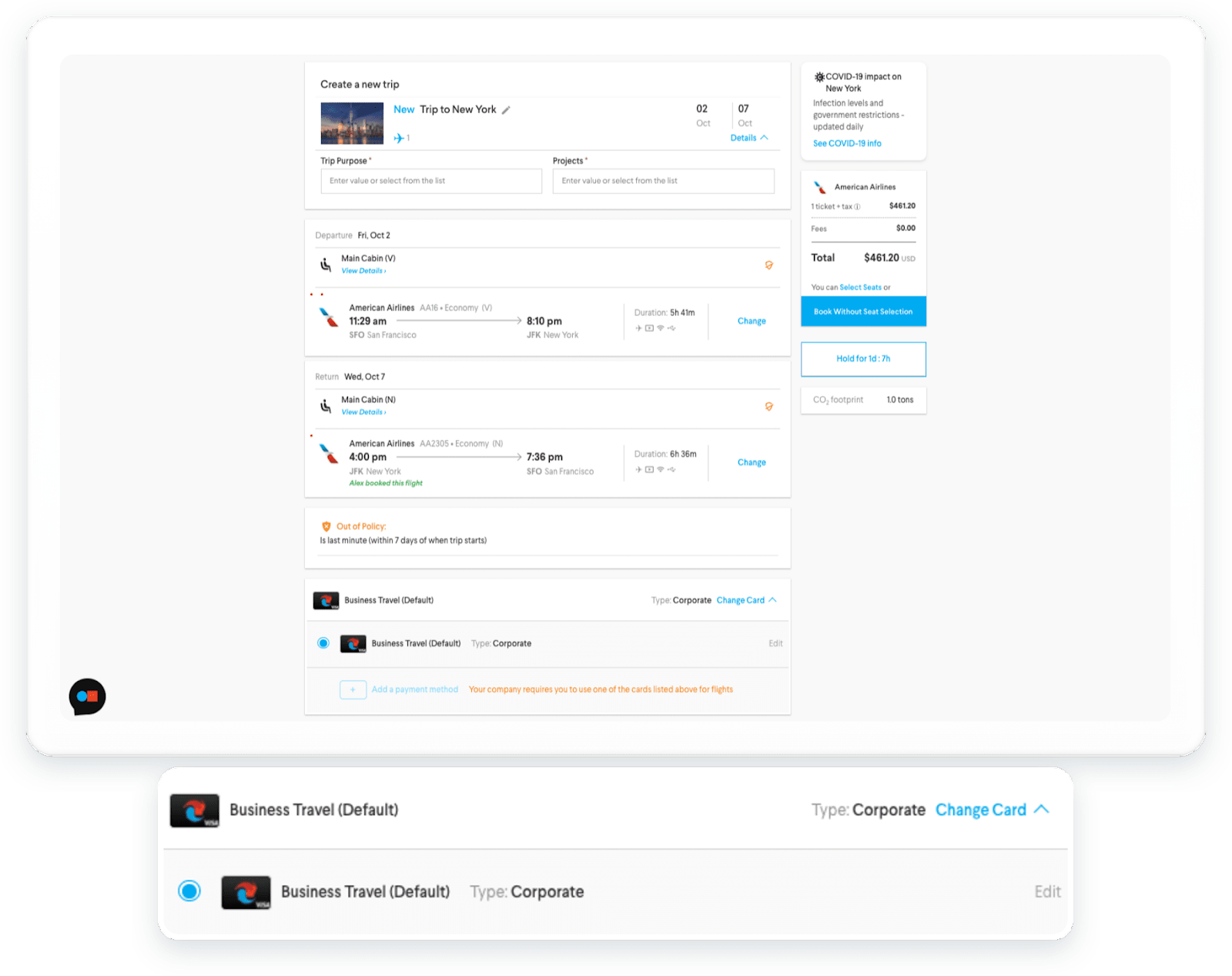 $1B+ Market Map: The world’s 1,170 unicorn companies in one infographic

TravelPerk Valuation Hits $1.3B — Its Competitors In The Corporate Travel Management Space Include TravelBank, Egencia, Comtravo, And TripActions

These Are The Top VCs Investing In HR Tech

Investor Interest In HR Tech Drops Off In Q1’20

TripActions is included in 5 Expert Collections, including HR Tech.

Financial management startup Mesh Payments has landed $60 million in new funding, 10 months after its last raise . Founded in Israel and now with headquarters in New York, Mesh Payments is one of a growing group of startups focused on helping companies manage their spend through automation. It’s a hot and crowded space that includes the likes of Ramp, Brex and Airbase, and more recently, TripActions and Rho, among others. For its part, Mesh says it saw its revenue run rate triple in the first half of 2022, since its November 2021 raise. The company today has over 1,000 customers and close to $1 billion in annualized payment volume (TPV) flowing through its platform. Put simply, Mesh aims to help its clients automate, and get real-time insights about, their spend. Like its competitors above, it also has a corporate card offering. But uniquely, according to Mesh co-founder and CEO Oded Zehavi, it also offers a numberless corporate card, which he describes as “the industry’s only numberless VISA physical cards with the flexibility, control, and security of virtual cards.” “We also offer more integration into organizational systems that can bring in insights that are not only driven by payment transaction themselves, but also provide insights beyond how much you spend,” he added. The company helps customers manage spend ranging from travel and expense (T&E) to SaaS subscriptions. Despite the increasing number of competitors, Zehavi believes that the “market opportunity is still large.” Alpha Wave led Mesh’s latest financing, a Series C which closed earlier this month that included participation from existing backers, including Tiger Global, TLV Partners, Entrée Capital and Meron Capital. Its total raised to date is $123 million. “Previous investors used the pro rata rights that they had, and are adding more beyond the rights that they had as part of this round,” Zehavi said. “We will have most of the Series B in the bank, but we wanted to have enough cash to grow and scale at the current rate.” The executive declined to share Mesh’s new valuation, saying only that it was a “significant up round.” In his view, the company was “disciplined” when it came to valuation. “A lot of rounds these days are flat or down rounds, especially in our space — many companies raised at high multipliers compared to revenue generated,” Zehavi told TechCrunch in an interview. “Our business has tripled, but we kept the same multiplier, which allowed us to increase our valuation above the previous round.” When asked about hard revenue figures, the executive pointed to his company’s annual run rate volume of $1 billion, and the fact that it’s generating nearly 2.5% interchange out of it to give a glimpse of “a ballpark number” of where Mesh is at from a revenue perspective. The company’s sweet spot is the midmarket, with customers such as Monday.com, Hippo Insurance, Sezzle, Riskified, and Snyk, among others. Today, Mesh has about 150 employees, with its product and R&D functions being led out of Tel Aviv and sales and marketing in the U.S. It boasts a C-suite that is 60% women, including its COO, CFO and CPO. The company plans to use its new capital mostly toward “doubling down” on its R&D investment, as well as toward its go-to-market strategy. “We are amazed by the adoption and opportunity that the space brings,” Zehavi said. “And we see see that banks are still not taking any action.” Mesh claims that its clients are “5x more efficient” and thus their finance teams on average save three days a month by using its offering. Earlier this year, Mesh partnered with global payroll provider Papaya Global in an effort “to remove friction from employee expense management.” It plans on other, similar partnerships in the future. Rick Gerson, co-founder, chairman and chief investment officer of Alpha Wave Global, notes that “the best CFOs are looking to get the most out of every dollar and hour, particularly during times of economic turbulence.” “The number of companies that are open to finding new and better ways to spend less and save more is pretty large and the Mesh team brings a best-in-class solution that is continually improving,” he said in a written statement.

Ramp offers credit cards targeted at small and medium-sized businesses (SMBs) with a focus on high-growth startups. The company aims to provide companies with higher card limits, saving opportunities, automated expense management, receipt matching, and accounting integration. The company was founded in 2019 and is based in New York, New York.

Brex is a B2B financial product provider that offers a corporate credit card for technology companies.

TravelPerk is a free tool to help office managers book and manage business travel all in one place, in addition to offering expense integration and travel budget reporting. TravelPerk is a platform that transforms the way businesses budget, book, and manage corporate travel. Users have access to a single booking platform, which integrates all major airline, hotel, car rental, and train websites to manage itineraries, payment methods, and travel policies in line with company budgets.

Moss provides employee credit cards to track employee spending. It is primarily focused on providing a corporate credit card to startups and digital companies in Europe.

Fyle is a computer vision-enabled expense management platform for enterprises. Fyle's platform can identify expense related data in emails, such as an air ticket receipt or a phone bill, and convert that data so it can be retrieved in a structured format and sent to the expense tool.