Trevena is a clinical-stage pharmaceutical company focused on discovering and developing the next generation of G protein-coupled receptor (GPCR) targeted medicines. Despite the past success of GPCR drugs, there is a significant opportunity to enhance their therapeutic properties by specifically activating or deactivating selected receptor-mediated signals. Trevena's expertise lies in understanding which signaling pathways downstream of a GPCR are associated with beneficial versus adverse biological effects. The company utilizes that information to discover and optimize "biased ligands" which activate only the beneficial pathways to unlock new biology and avoid drug adverse effects.

Trevena is included in 1 Expert Collection, including Biopharma Tech. 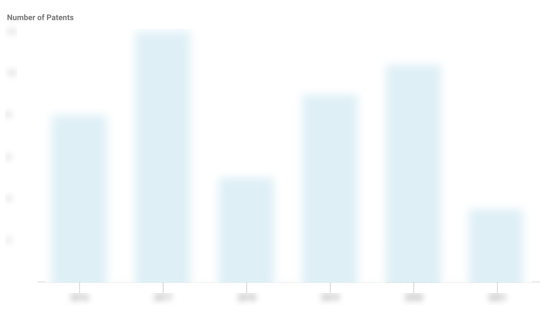 Punks of Penzance: inside the Cornish music explosion

‘Happy night’ … Klub Nos Lowen at the Cornish Bank, Falmouth. Photograph: Danny North/The Guardian ‘Happy night’ … Klub Nos Lowen at the Cornish Bank, Falmouth. Photograph: Danny North/The Guardian A buzzy new venue is spearheading a south-western musical renaissance, with hundreds of people dancing in the streets after a booming club night. Our writer hits the floor for the Cornish conga Oliver Berry Last modified on Tue 24 Jan 2023 10.08 EST January can be a bleak time of year here – cold, grey and drenched by the dreaded Cornish mizzle. But in the harbour town of Falmouth, a wet Sunday night in midwinter is no excuse not to party. At the Cornish Bank, the town’s buzzy new music venue, the monthly Klub Nos Lowen is in full swing and the place is packed to capacity. Inside, it’s a sonic swirl of pipes, fiddle, clarinet, bouzouki and trombone. Cornish band Skillywidden are holding court on stage, while on the dancefloor people link hands and twirl around the room in a snaking, conga-like reel known as a serpent dance. Some are clearly old pros; others are evidently novices, tripping over their feet as they struggle to follow the steps. Not that it matters: everyone’s clearly having a blast. I’m haunted by how much has been lost to landfill because people didn’t know its value Nos Lowen means “happy night” in Cornish. Though rooted in Cornish folk dance, it’s a surprisingly recent invention: the brainchild of musicians Neil Davey and Hilary Coleman, veterans of local bands Sowena, Dalla and now Skillywidden. The idea, Coleman explains, was inspired by Breton Fest Noz (festival nights), which they came across while touring in the early 2000s. Their version is a kind of madcap Cornish ceilidh, combining old forms like the circle, couple, processional and serpent dance with strikingly modern takes on traditional tunes. “Our raison d’etre has always been to raise awareness of Cornish music,” she says. “Most people think it’s just the Helston Furry, or Padstow May Day, or – heaven forbid – sea shanties. But there’s this rich, diverse body of Cornish songs out there that people don’t realise exist. We wanted to change that.” After periodic one-offs in pubs and village halls, Klub Nos Lowen is now a monthly fixture at the Cornish Bank. “It’s one of our most popular nights by far,” says venue founder Rufus Maurice. “The best thing is that it doesn’t feel like a group of people pretending to do some traditional thing. It’s such a lovely, warm community event, and attracts different ages, genders and backgrounds. At the first one we did, 350 people turned up and everyone ended up dancing down the street. That’s when I knew we were on to something.” Nos Lowen’s popularity is part of a growing resurgence of Cornish culture, from the revival of Kernewek, Cornwall’s native language, to the films of Bafta-winning Cornish director Mark Jenkin , the community art projects of Golden Tree or the crossover success of Cornish-speaking Welsh producer Gwenno . Tellingly, in the 2021 census, 99,754 people gave their nationality as Cornish, or Cornish and British – a 52% rise since 2011. ‘A living, dynamic thing’ … Klub Nos Lowen. Photograph: Danny North/The Guardian Among those is Chris Trevena, a soft-spoken Cornishman in his late 20s, who began collating his own online archive of Cornish music, Sounds Like Cornwall , in 2020, searching for forgotten recordings in charity shops and secondhand record bins. He’s amassed an impressive collection of more than 600 physical records, and is passionate about the relevance the music still has for contemporary listeners. “Music was – is – such an important part of Cornwall’s identity,” he says. “People sang these songs at work, at home, in the church, down the pub. It’s about preserving these artefacts for the future. I’m haunted by how much has been lost to landfill because someone didn’t know the value of it.” Trevena’s project builds on the Cornish National Music Archive , a repository of folk tunes, hymns, miners’ songs, shanties, brass bands and electronica co-curated by Exeter University’s Institute of Cornish Studies and the music festival Lownder Peran . But where the CNMA is an academic project, Trevena’s archive is an informal celebration of Cornish music, past and present; alongside his historical finds, he is gradually building a library of modern Cornish music which he hopes will find a global listenership. We can’t just play the same old tunes from 100 years ago the same old way “If you ask 10 people what Cornish music is, you’ll get 10 answers,” Trevena says. “The choirs, town bands and folk tunes are the foundation, but after that, in my opinion, anything goes. Aphex Twin, Gwenno, Mark Jenkin’s soundtracks: to me, they’re all part of Cornwall’s musical tapestry.” And Cornwall’s musical history is more varied than some traditionalists let on: from Penzance’s little-known 70s punk scene (documented in Simon Parker’s new book PZ77) to the field and quarry raves of the 90s where Aphex Twin and Luke Vibert cut their teeth, there’s always been more to Cornish music than Trelawny and Camborne Hill . For performers such as Coleman and Skillywidden, the most important thing is for the music to keep evolving. “Music is part of who we are so I understand people feel precious about it,” she says. “But it’s a living, dynamic thing. We can’t just play the same old tunes from 100 years ago, the same old way. That’s historical reenactment. Who says Cornish music can’t have drum’n’bass, or African drums, or didgeridoos? All we wanted was an amazing, happy night to celebrate Cornish music. And I stand there on stage and go, ‘Bloody hell! Look at this! Where will it take us next?’” Topics

Halsa Pharmaceuticals is a biotechnology company developing therapeutics for the treatment of obesity, diabetes, cachexia and other metabolic diseases.

Anagen Therapeutics is a biotechnology company focused on therapies for androgen and nuclear receptor-related diseases. Specific targets for its products under development include prostate disease, cardiovascular disease, neurodegenerative disease and skin disease.

LeukoSight Inc. is an early stage biotechnology company developing a line of therapeutics that can be used to treat autoimmune and inflammatory diseases.

is a contract research organization that collaborates with R&D departments of biotechnology and biopharmaceutical companies to discover and develop new medicines. The company also engages in its own drug discovery agenda to develop treatments of treat tropical diseases such as malaria.