Adiona is an AI-powered software that allows organizations to incorporate dynamic, fully-optimized multi-site hiring and rostering into their existing WFM software. It allows staff to pick up and swap shifts in locations, to optimize travel for service or DTC organizations, and location-based optimization of recruiting and applicant tracking for local hiring. 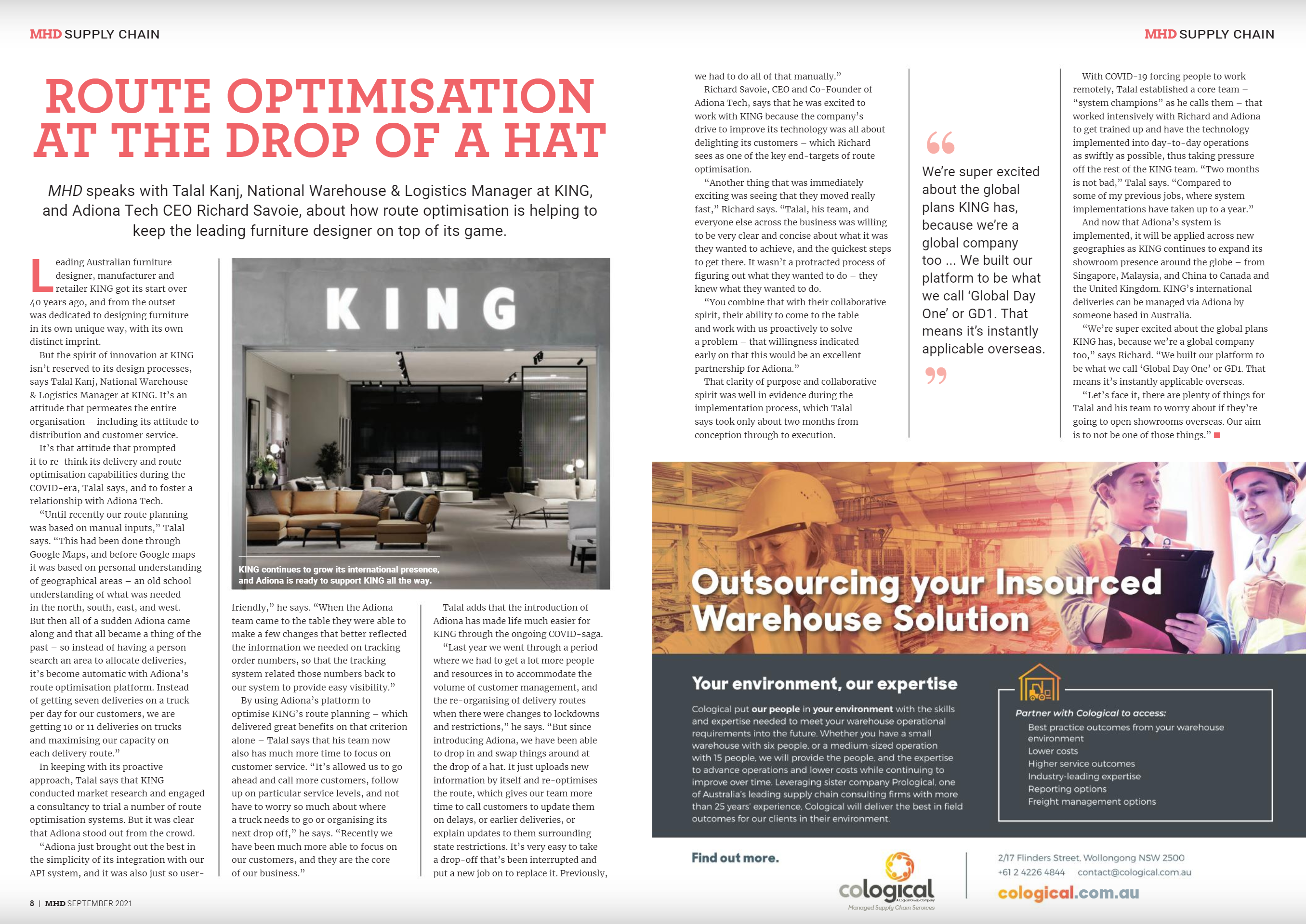 Adiona is included in 2 Expert Collections, including HR Tech.

Say Hello to Adiona Car Insurance Advertisement A new UK Motor Insurer, which aims to change the model of how drivers are charged for motor insurance, has launched. Adiona is a new technology-driven brand led by a group of global industry figures who are aiming to fix the ‘broken’ motor insurance market which they claim is confusing, biased and untrusted by consumers. The company has developed a tech-enabled insurance product that leverages data at scale to deliver a revolutionary customer experience and real value. Operating with its own Usage-Based Insurance (UBI) model, Adiona challenges the outdated legacy models used by many industry incumbents where policies are only priced according to factors such as age, income, location, and occupation. Whilst using the traditional factors initially, Adiona’s focus will be different; its UBI model is supported by leading technology to measure and base premium costs on how, where and when customers drive. Most car insurance is still priced using prior claims, postcode and age related data. It’s a rather crude, 1990s approach, developed for the telephone comparison market of that era. Some of the proposal occupation data still used today hasn’t changed in 30 years – anyone selected `Chargehand’ as their job recently? So the time is ripe for a major shift towards real-time, per-trip cover. Adiona CEO Paul Harvey said; “Leveraging artificial intelligence (AI) and machine learning (ML) to analyse driving behaviour, and putting this all in the hands of the driver, ensures our customers will be treated fairly and can at last benefit from personalised premiums. Adiona good drivers will not end up paying the penalty caused by insuring more dangerous drivers.” With its advanced digital platform Adiona will not only ensure fairer car insurance premiums but it will also provide a far better consumer experience, based on the consumer’s favourite personal device (their smartphone), from buying a policy to digitally processing a claim in minutes. This platform also enables Adiona to significantly reduce the cost of policy administration and these savings will be passed on to the customers. Paul added: “We in Adiona have rejected the opportunity to make money from our customers’ misfortune in making a claim. We appreciate that this is a traditional revenue stream but we are determined to change the way policyholders in the UK are treated.” Adiona founder Paul Harvey is an international business figure with more than 30 years in key leadership roles with Arma Partners, Bank of America, Goldman Sachs, and Morgan Stanley in the UK, Europe, and North America. A graduate of Harvard Business School and Georgetown University, Paul also spent six years’ operating directly within the Insurtech sector, serving as Executive Chairman North America for Octo Telematics where he led business development and M&A. The 18-person team behind Adiona is one of the most diverse and experienced assembled within a start-up company, with a combined 200 years of insurance technology experience between them. The company’s advisory board is comprised of some leading names in the global insurance market including Richard Hutchinson, who will serve as strategic advisor. Richard has 30 years’ executive level experience in motor insurance and is pioneer of data-driven insurance with Progressive’s Snapshot programme. Penny Searles, one of the UK’s most successful insurance entrepreneurs, is also on Adiona’s advisory board. With 25 years’ experience in the sector, Penny has managed a number of successful exits, including with Wunelli (acquired by LexisNexis, 2014) and Smartdriverclub (acquired by Markerstudy, 2019). Adiona aims to initially target the UK motor insurance market which covers 32 million cars and is worth over £14 billion annually. With technology which is fully scalable, the company plans to pursue longer term opportunities across global P&C insurance markets where premiums currently amount to $2 trillion annually. Global Motor insurance premiums alone amount to over $780 billion annually. Paul continued: “We are delighted and excited to launch Adiona, a customer-centric, tech-enabled motor insurance product that leverages data at scale to offer revolutionary customer experience, fairness, transparency and real value. “ The motor insurance sector is currently confusing, biased and untrusted by consumers. Instead of making money from the core product itself, because of incumbent models and legacy systems traditional insurers have had no choice but to generate income by selling claims, charging administration fees, add-ons and high interest rates on premium finance. Worse still, they have practised price laddering for years. “Adiona is determined to be different. Our innovative technology represents the most scalable Insurtech IoT platform with the most advanced AI/ML analytics ever built by an InsurTech start-up team anywhere. Through an easy-to-use smartphone app, our customers’ motor insurance premiums will very quickly be based on how they actually drive, not who they are as a person, their level of wealth, their age, or where they happen to live.” Share this:

Onfleet is a B2B software platform for last-mile delivery. Onfleet handles millions of deliveries per month for thousands of businesses globally. The software includes smartphone apps for drivers, a cloud-based dispatch dashboard, automatic customer notifications, analytics, and more. The company was founded in 2015 and is based in San Francisco, California.

Urbantz is a delivery management platform to optimize and control first and last-mile operations.

Bringg is a SaaS and mobile-based platform that enables businesses to manage deliveries in an efficient way so that customers receive their deliveries within a reasonable time.

Shipsy is a C2C logistics company. Shipsy provides architecture design for analytics, systems for business processes, and an analytics platform for insights.