SLAMcore, based in Britain, develops advanced algorithms designed to help technology platforms like autonomous cars, drones and AR/VR systems to simultaneously build a map of their surroundings and position themselves within it. Critically, SLAMcore approaches this challenge with a core focus on power efficiency, a crucial factor for autonomous mobility applications given the need to maximize the power available for locomotion.

The fast-growing global Simultaneous Localisation and Mapping (SLAM) market is expected to reach $1.3 Billion by 2027 growing at a brisk 33% year-over-year rate, according to Reportlinker.com. While the technology itself is decades old, the market has been slow to grow due to the small number of experts in the field and the compute power required. One company, SLAMcore, is working to change that dynamic and greatly expand SLAM usage by developing industry-leading algorithms to enable robots and other autonomous machines to be spatially intelligent in an affordable way with low-power, cost effective hardware. Owen Nicholson is its co-founder and CEO, who along with Andrew Davison, Hanme Kim, Jacek Zienkiewicz and Stefan Leutenegger founded the company in 2016. It’s mission is to make commercial-grade spatial intelligence accessible to all. SLAMcore Co-Founder and CEO Owen Nicholson SLAMcore “Well before I founded SLAMcore, when I was working for the UK government, I was tasked with looking at different, interesting technologies that were out there. And that's where I first met co-founder Professor Davis, who is one of the world leaders in SLAM. In fact, he is the top five most cited professor in the world in this space,” says Nicholson. Davis introduced Nicholson to the concept of being able to do SLAM, with a single camera. According to Nicholson, you can use more expensive senses. You can use lasers; you can use satellites and GPS. “But in 2003, Professor Davis had actually published the first real-time, single camera localisation and mapping system and I found this fascinating. It was really relevant to one of the projects I was working on at the time, which was actually an augmented reality project 15 years ago, before it was even really called that,” says Nicholson. Davidson had worked in lots of different areas from graphing to nuclear submarines to thermodynamics, to material sciences. But the concept of a single camera, being able to be used for understanding space without needing to have expensive sensors was fascinating to Nicholson and something he would return to later in his career while working for Dyson. “I re-engaged with Andy, Professor Davidson, who was a consultant at the time there. I learned more about this, and it was applied to the Dyson robots, the vacuuming robots. I actually moved to join him as his operations manager at the University too, as we started to work more closely together. And that's kind of where the genesis of the company came from,” says Nicholson. MORE FOR YOU While the company was founded five years ago, it took three years of core productisation where the team worked on quality, optimising the solutions and reducing the amount of compute that's required. They wanted to make sure their solution worked in real-time and on very cheap silicon. “So, we run on the raspberry pi for example, all of our really sophisticated algorithms can process on just a couple of CPU cores,” says Nicholson. It was only a year ago that they began pushing the solution out to the market and in January introduced their SDK to integrate their software into machines. So, it is still early days for the company, but the company is poised for strong growth. “It’s just been an absolute whirlwind since. We've had over 75 companies now sign up. At least some of the biggest tech companies on the planet are now actually using our software, which is just amazing and a lot of the small ones as well,” says Nicholson. Nearly 30 have moved into full-scale proof of concepts, with three companies who are designing the software to be released over the next 12 months. “In the next six to 12 months, a number of exciting products will actually be released with our software running on it, which is a huge testament to the quality of the system that's been built over the years.” The London-based company has over 30 employees, half of whom have PhDs. Those that don’t have extensive experience and qualifications in their space. According to Nicholson, these are the type of people needed to do this because there are only a handful of people on the planet who can build these algorithms from scratch. Spun out from Imperial College London, SLAMcore has attracted over $11 million in funding from MMC, SPARX Group, Toyota Ventures, Amadeus Capital Partners, Octopus Ventures and Mirai Creation Fund. As for the future? Nicholson wants to ensure this technology is used to its full potential. He believes they have the best and probably the biggest, most successful markets and that there are applications in this space they haven't even thought of yet. Most intelligent machines today are passive in the way that they are decisions in a single space, consume data and present it on a screen. When you start to give the ability for machines to understand space, to move around it and probably most importantly, interact with the world, then change will accelerate. “We're already seeing drones, which can inspect your roof to tell you there's a crack in your tiles. In the future, that drone will be able to land and fix that tile and do that 24/7. And then, when we get to things like building sustainable agriculture or renewable energy wind farms, or solar farms the size of cities, the only way we can really do that is with 24/7, intelligent autonomous machines. And that's what this technology really starts to unlock. It's solutions, which genuinely will revolutionise the way in which we live our lives for the better and that's what probably excites me the most about what we do,” concludes Nicholson. 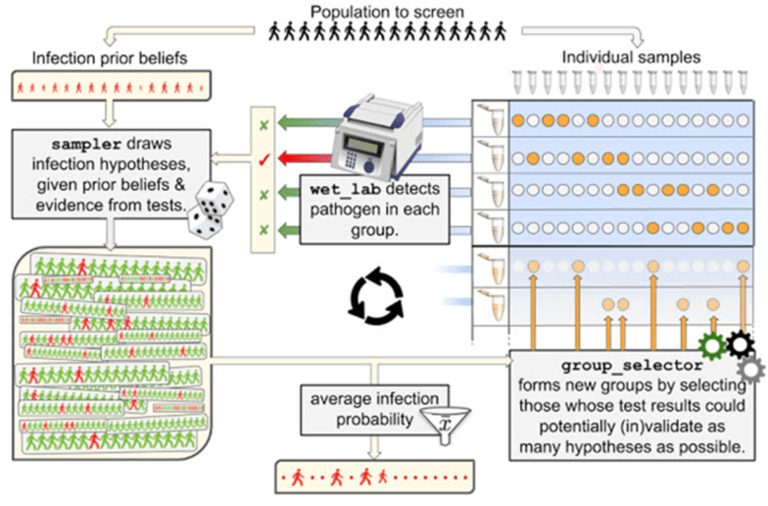 SLAMcore is included in 4 Expert Collections, including AR/VR.