These companies provide delivery management platforms that unify fulfillment and delivery models, allowing retailers to track how an item is ordered, where inventory is located, and how the order will be fulfilled from a single location. Ultimately, this real-time data around shipment tracking and visibility helps retailers make decisions and respond to disruption.

Convey named as Outperformer among 13 other companies, including Bringg, FarEye, and Onfleet. 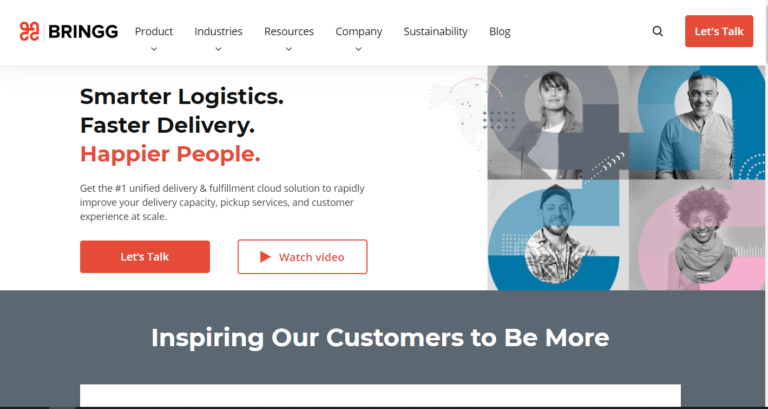 On-time rates dip for USPS and UPS, climb for FedEx ahead of holidays: Convey

Published Nov. 24, 2021 First published on Dive Brief: The on-time rate for last-mile retail deliveries from the major parcel carriers improved in October, increasing by 2 percentage points from September, according to data from Convey by project44. That's still below the 2021 high of 83% in June and July, however. FedEx's on-time rate improved by 5 percentage points from September to 72%, "due to operational improvements and increased accuracy in delivery time estimates," according to Convey. The on-time rates for UPS (83%) and the U.S. Postal Service (92%) declined over the same period. Convey said staffing shortages and upstream supply chain issues are slowing deliveries. "Carriers are bracing for a tough season ahead," as on-time rates are unlikely to improve during the holidays, it said. On-time delivery rate improves for FedEx, slips for UPS in October On-time performance for retail final-mile deliveries Dive Insight: Parcel carriers are attempting to add tens of thousands of seasonal employees to service the peak-season volume surge in a hiring environment many companies say is challenging. Low staffing levels in FedEx's Ground network have forced the company to reroute more than 600,000 packages per day. At the same time, port congestion and other supply chain hurdles could stymie the flow of volume entering last-mile carriers' networks. This is already happening for UPS' domestic network, with its hubs near ports in Los Angeles and Long Beach in California waiting for more containers to arrive . This difficult supply chain environment — on top of sky-high demand for home delivery — has parcel carriers investing more in their sortation networks and advising high-volume shippers to bring in packages earlier or on less-busy days. Many shippers are diversifying their carrier mixes to avoid surcharges and volume limitations . The upcoming peak season will put those tactics to the test. Convey's data shows that on-time performance has slipped since the summer, and the firm said a challenging holiday stretch for carriers could be coming. Convey said its October data comes from tens of millions of packages shipped from more than 500,000 North America locations. Convey's methodology aims to measure carrier performance versus consumer expectations. It counts a delivery as late if it misses its original estimated delivery date, an approach ShipMatrix President Satish Jindel has disagreed with , as the carrier wasn't necessarily given the parcel the same day the order occurred. Some carriers occasionally revise the estimated delivery date once an item is in transit, an issue Convey says has appeared more often during the COVID-19 pandemic and makes a difference in terms of on-time delivery percentages. "In this model, the 'low-90's' reported at the beginning of the pandemic really looked closer to the mid-70s and was much more consistent with the widespread reports of delays across the nation and with the collective consumer experience," said a post on Convey's website . Spokespeople for FedEx, UPS and the Postal Service didn't comment on Convey's specific methodologies or findings but said their respective carriers are prepared to handle the upcoming surge in volume. "UPS led the industry in on-time delivery performance last peak season, and we are confident that our network is running extremely well as we head into this year's peak season," Glenn Zaccara, vice president of communications for UPS, said in an email. FedEx said in a statement that it is working closely with customers to understand their volume levels and ways to best leverage its network flexibility. "Despite the challenges we face, the average transit time for all FedEx Ground shipments is still less than 2.5 days," the company said. Follow Max Garland on Twitter

On-time rates dip for USPS and UPS, climb for FedEx ahead of holidays: Convey
Still Waiting to Start Shopping? Delivery Experts Share 5 Tips On How to Avoid Delays and Fees This Holiday
Consumers Concerned About Out of Stock Items and Shipping Delays -- But They’re Not Changing Their Behavior
Shoppers demand fast service despite supply chain challenges

OptimoRoute is an online route and schedule planner for delivery route planning and field service scheduling. Using OptimoRoute, companies can automate efficiency for their entire fleet. It will suggest which driver or technician should serve which orders on the basis of the road network and all logistical constraints. OptimoRoute will suggest the optimal multi-stop route in order to save time and fuel. Real travel times and distances are used, so the generated schedules are accurate and provide real savings. The smartest stop sequence minimizes the driving distances and time-based costs while meeting all customer's expectations and logistic constraints.

Bringg is a SaaS and mobile-based platform that enables businesses to manage deliveries in an efficient way so that customers receive their deliveries within a reasonable time.

OPTIMIND is an AI company that has developed Loogia, a logistics platform that utilizes autonomous driving technology to optimize the delivery route of the last-mile.