NightWare develops an application on an Apple Watch that aims to help people suffering from nightmares. The company offers wearable technology that learns sleep patterns and customizes a treatment for each individual.

NightWare raises $1M to further develop technology to help PTSD sufferers The funds will be applied to commercial development and completing randomized clinical trials of the product, said CEO Grady Hannah. August 13, 2021 — 9:16am NightWare, the Minneapolis-based company that uses Apple technology to gently interrupt the nightmares of those who suffer from post-traumatic stress disorder, recently secured $1 million in investments and additional funding through an innovation grant from the U.S. Air Force. The funds will be applied to commercial development and completing randomized clinical trials of the product, said CEO Grady Hannah. Hannah did not disclose the amount of the Air Force small business innovation research grant. The company previously raised $2.3 million in equity investments, and $100,000 from the Minnesota Department of Veterans Affairs. In 2019, NightWare received "breakthrough therapy designation" from the Food and Drug Administration for its development-stage technology. Last fall, the company began to commercialize its "NightWare'' product as an economical alternative to drug treatments. Funding its clinical trial is an important step in the company's growth, Hannah said. Upon receiving clearance from the FDA, NightWare's treatment was studied in a 30-day randomized trial of 70 patients. Hannah said the company is looking to gather data from as many as 240 patients. "The larger the trial, the more generalizable the data is," he said. "If we reach statistical significance we can publish data in a peer reviewed-journal, which is the ultimate goal." Publishing the data in a respected journal is helpful because it gives confidence to the research community and physicians to support the use of NightWare. Hannah anticipates completing clinical trials in the next 12 to 15 months. Tyler Skluzacek created NightWare for a 2015 technology innovation contest when he was a Macalester College student. His father, a member of the Minnesota National Guard, was disabled by PTSD after returning from a combat deployment to Iraq in 2005 and 2006. The Apple Watch sensors monitor body movement and heart rate during sleep. The data is sent to the NightWare server that detects when a patient is experiencing a nightmare. The server then sends a signal for the smartwatch to provide vibrations. The software is being developed in Minneapolis, and the wearable devices are ordered directly from Apple and packaged and distributed from by a business partner in Chicago, Hannah said. NightWare's initial focus is working with the Department of Veterans Affairs and the Department of Defense, and the company has received strong indications of interest from military hospitals and special operations communities. The company is pursuing coverage of the technology by TriCare, the military health system of the Department of Defense, and Veterans Affairs, Hannah said. The goal is for NightWare to be covered by commercial insurers by 2022. "Our goal is to provide NightWare to anyone who needs it, and to have coverage for as much of the population as possible," he said. Along with added funding, the company recently hired as chief medical officer Brian Robertson, who has 25 years in military medicine and was the former chief of the Sleep Disorders Center at Walter Reed National Military Medical Center.The company also picked up advisers in retired U.S. Army General Peter Chiarelli, who was the former vice chief of staff of the U.S. Army, and Tom Bowman, the former deputy secretary of the U.S. Department of Veterans Affairs. Nick Williams is a business reporter for the Star Tribune. 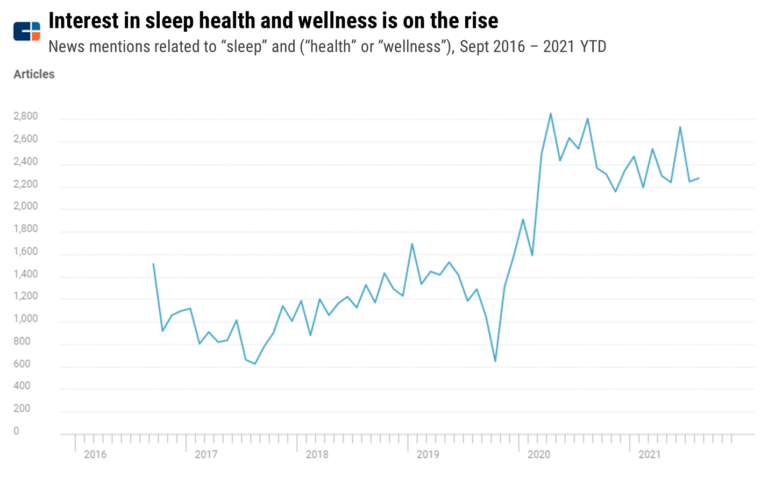 55+ Startups Using Tech To Transform How We Sleep

NightWare is included in 6 Expert Collections, including Digital Therapeutics.

These companies aim to assess or improve the quantity/quality of sleep, or use sleep data in the monitoring or diagnosis of other health conditions.