Endeavor pledges to have 40% gender and race representation by 2025

Robson Privado, COO, and co-founder of the unicorn MadeiraMadeira, joined Endeavor's board in Brazil Robson Privado, COO, and co-founder of the Brazilian unicorn MadeiraMadeira, joined Endeavor's board in Brazil. Photo: Courtesy/Endeavor The global network of entrepreneurs Endeavor announced the goal of achieving 40% gender and race representation across its network by 2025. Robson Privado, COO, and co-founder of the Brazilian unicorn MadeiraMadeira, joined Endeavor’s board in Brazil. The executive has as his agenda the promotion of more Black people in the entrepreneurial ecosystem. Privado is the first Black man in the country commanding a company valued at more than $1 billion. “I had the reference of a Black entrepreneur in my home and the privilege of access to good education from an early age. I feel it is my responsibility and part of my giveback to have a constructive agenda and multiply my impact in that regard,” Privado said. “I believe that social equity, education, and capital are the way to break major barriers to Brazil’s development.” The organization supports and accelerates scale-ups and works on public policies that simplify the Brazilian business environment. In the first semester of 2021, Endeavor hired a specialist in Diversity and Inclusion, launched – in partnership with Distrito and B2Mamy – the Female Founders Study, and ran the first Census with the network. The Census provided, for the first time, the organization with indicators of gender and race representation that reflect the disparities of the ecosystem. Among the entrepreneurs supported by the organization, 15% are women and 18% are Black. In the network – which includes mentors, ambassadors, and advisors – this total is 17% and 8%, respectively. In some clippings, however, the Census reveals that Endeavor conquered marks above the registered in the ecosystem: 55% of the organization team is composed of women and 14% by Black people. In leadership positions, the presence of women is also a majority (68%). “We have identified in our network a problem that is structural and that will not be solved from one hour to another. With the commitment of fomenting an ecosystem more fair and equitable, we have promoted conversations about the subject, both in the acceleration programs and with the team, and shared study materials”, comments Renata Mendes, Director of Institutional and Governmental Relations of Endeavor. “Since last year, we are also inviting the entrepreneurs that are part of the network to join Endeavor in our commitment we have established until 2025,” she adds. Endeavor had as initial goal 30% of the team belonging to some minority group and ended the first half of 2021 with 38% of representatives from several groups. Now, the idea is to reach 40%. The organization said that the presence of scale-ups accelerated by Endeavor run by women rose from 18% in 2020 to 28% in the first six months of this year – percentages above the 9.4% observed in the ecosystem (according to the Female Founders study). “The lack of diversity in spaces of social privileges, such as the entrepreneurship ecosystem itself, is a structural problem, and so the fruits of our efforts may take a while to appear, but we have made a commitment to advocate for more of this banner in favor of making the ecosystem more fair and equitable,” says Mendes. The business world has increasingly moved towards diversity policies. Nasdaq is keeping an eye on these indicators and has obtained the SEC’s endorsement to implement criteria for companies to have at least two directors from underrepresented minorities, women or LGBTQ+. 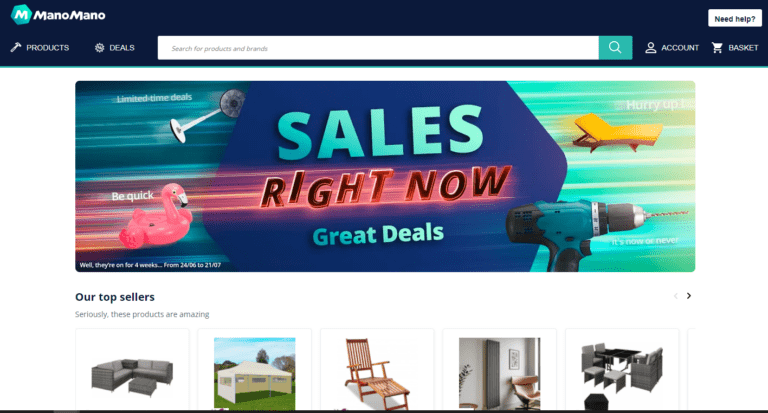 MadeiraMadeira is included in 3 Expert Collections, including E-Commerce.