Founded in 2012, Lever offers hiring software that interviewers, managers, recruiters, and companies can use to collaborate and streamline the hiring process. Per the company, its Talent Acquisition Suite combines an ATS (applicant tracking system) with CRM functionality into one product dubbed LeverTRM. The Lever Hire and Lever Nurture features aim to allow leaders to grow their people pipeline, build authentic and long-lasting relationships, and source the right people to hire. Lever Analytics provides customized reports with data visualization and see offers completed and interview feedback with the aim of informing strategic decisions between hiring managers and executives.

07:00 ET Experience the Art of Making Fresh Sparkling Water with SodaStream's New Design-Forward "Art" Machine
Don’t Get Bugged by Coding Tests
Long story short: Want to hire in 2022? Here’s how to do it
‘It backfired a little bit’: Lever explains how pushing too hard led to fainting episode 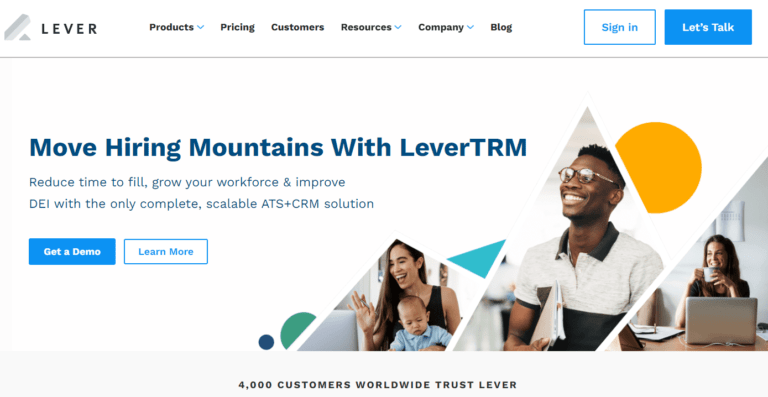 Lever is included in 1 Expert Collection, including HR Tech.