Why 10-Minute Grocery Startups Are Not the Next Kozmo.com

Spoon readers of a certain age will undoubtedly remember Kozmo.com , the turn-of-the-century online service that would deliver snacks, magazines, DVDs and more to you in under an hour. Have a hankering for some Ben & Jerry’s while watching Gladiator? Kozmo would whisk both over to you with no delivery fee. It was glorious. It was also short-lived. Because you could basically order a Snicker’s bar for delivery and Kozmo didn’t charge you for the convenience, it soon burned through all of its $250 million in venture capital and went out of business. For those who lived through it, you might be tempted to think that the new wave of hyperlocal, dark grocery stores promising delivery of goods in as little as ten minutes is just Kozmo 2.0 — but you’d be wrong. Much has changed since Kozmo’s brief heyday, and those changes could usher in an entirely new way of thinking about how we get our groceries. Before we get into the why speedy grocery delivery might work this time around, let’s recap which startups are doing it. Europe has grabbed a bunch of headlines throughout the year so far with companies like Weezy , Jiffy , Gorillas , Getir and Glovo all pulling in substantial amounts of funding. Here in the U.S. Gopuff raised $1.5 billion and bought BevMo to operate its half-hour delivery services. DoorDash has its own line of DashMart stores that are steadily opening in different cities. New York City boasts three different speedy grocery delivery services from Fridge No More , Gorillas and JOKR , the latter of which just launched this week. And finally, Food Rocket took off last week in San Francisco. All of these startups basically work the same way. They open up small, dark stores deep in heavily populated city neighborhoods. Each store carries a limited number of SKUs — with inventory customized to the neighborhood they are in — and have a very limited delivery radius. When an order comes in, it’s processed and, because the customer is not that far from the store, food can be delivered quickly on foot or scooter (no need for a full-sized car that has to navigate traffic and finding parking). For many of these services, there is no minimum order and no delivery fee. OK, that part does sound very Kozmo like. But here’s why I don’t think these speedy delivery startups will suffer the same fate. 1.) Impoved Technology. It’s been 20 years since Kozmo crashed and burned. In that time we’ve seen the rise of cloud computing, data science, machine learning, mobile technology… basically everything about technology is bigger, better, faster, stronger now. This means that delivery routes can be optimized, inventories can be better managed and there is just greater operational insight to unearth efficiencies that would have remained hidden two decades ago. 2.) Strict Boundaries. These startups aren’t trying to deliver everything, just the stuff people in the neighborhood want most often. Yes, people will still order one pint of ice cream, but the stores won’t stock every brand of ice cream, nor will they carry DVDs and magazines. Additionally, each store will have a small, defined delivery area so fulfillment can be accomplished quickly by scooter or e-bike. Faster deliveries should equate to the ability to make more deliveries per hour. Limited delivery zones also means that startups will need to be cognizant of equity issues, and make sure everyone gets to participate in this new grocery paradigm — not just the rich folks. 3.) Consumer Behavior. As I have written ad nauseaum over the past year, the pandemic forced large swaths of people into online grocery shopping. Food retailers saw their online business jump an average of 300 percent in the first months of the pandemic. After months of social distancing and lockdowns, that online behavior has remained sticky with consumers. Grocery e-commerce sales for pickup and delivery were $6.6 billion in April 2021 , up from $4.0 billion in April 2020. 4.) It’s On-Demand. We now live in a world where people expect just about everything on-demand. Movies, music, even restaurant meals can all be ordered with a few taps of your mobile phone. Though the speedy delivery category is new, it’s easy to see how alluring it will be to have groceries be more like a utility that show up whenever you need them. The co-founder of JOKR told me last week that its customers first use the service because they forgot something, but those customers come back and subsequent basket sizes are bigger and aren’t just last-minute items. That data is anecdotal and early on, obviously, but it’s not hard to see people getting hooked on the convenience. Now, this doesn’t mean that all of these speedy grocery players jumping into the space are going to succeed. Far from it. Many will fail, and that’s okay in the grand scheme of things — failure happens to a lot of startups across pretty much every industry. Kozmo’s failure may have been a better cautionary tale than a business, but hopefully this cohort of speedy startups can learn from its mistakes. Image via MeaTech 3D. More Headlines MeaTech 3D Files a Patent for Printing More Cultivated Meat – The company uses bio-inks to form cell types like muscle and fat, and scaffolding material, which provides structural support cells can adhere to as they grow and mature into an whole cut of cultured meat. McDonald’s Testing AI-Powered Drive-Thrus in Chicago – The tech is currently being used in ten locations and reportedly has an order accuracy rate of 85 percent. 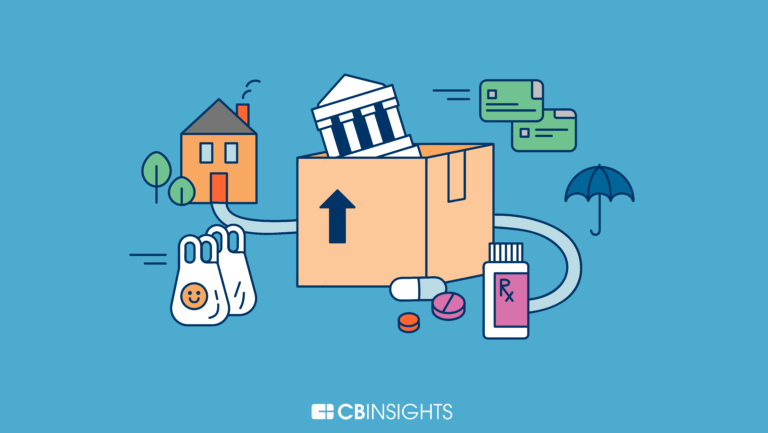 Kozmo.com is included in 1 Expert Collection, including E-Commerce.