Keeler vs. O’Halloran: How quick a hook should Broncos coach Vic Fangio have with his quarterbacks?

August 30, 2021 at 11:41 a.m. Keeler: Vic Fangio wasn’t joshing — the Broncos have two perfectly capable/competent/functional NFL quarterbacks on hand in Teddy Bridgewater and Drew Lock. And those two QBs, in both good and bad ways, didn’t do much in August to separate themselves from the other guy. For the sake of argument — and for the sake of Lock fans who feel so badly scorned — what if the Bridgewater from those first two Broncos offensive drives Saturday night comes back? Or worse, what if he stays? How much patience would you have with Steady Teddy before you take the safety off and stick Dauntless Drew back in? O’Halloran: Three games. Period. The Broncos should be favored to beat the Giants (can’t block anybody), Jaguars (can’t stop anybody) and Jets (both) in Weeks 1-3, giving Vic something he’s never had since being hired in January 2019 — honest-to-goodness momentum. Teddy’s career arc shows he will have starts like he did against the Rams — 1-of-6 passing with attempts that were high and wide. But I think here’s the key with Bridgewater — he was able to quickly reset and lead a touchdown drive. If the Broncos are 0-2, I would give Teddy a home start against the Jets to save his spot. Related Articles Keeler: I wrote this other day and I mean it: For all of No. 3’s flaws, I love the way Lock runs a two-minute drill, the comfort he shows when things go up-tempo or no-huddle. (The end of that Chargers home win last fall pops immediately to mind.) That’s his comfort zone. If I were down 17 at halftime, or by 20 early in the third quarter, Heaven forbid, it would be extremely tempting to shift gears completely and see if Lock in the hurry-up gets me off the mat — knowing full well that if he looked strong, the narrative for the next four to five days is going to be all about who my No. 1 signal-caller is now. O’Halloran: If Vic needs a spark in a down-by-double-digits-at-halftime game, Lock would be an intriguing option so long as the head football coach is prepared for the post-game interrogation of a) why the switch was made and b) win or lose, is Lock now your guy? The good thing for Vic is that his backup isn’t rookie Justin Fields. That would get the fan base and media all riled up to put Kid QB into the game at the first sign of struggle. Keeler: Some of the consternation among the fan base is a perception thing — quarterbacks are defined by “wow” plays, and Teddy just isn’t flashy. He’s reliable, though, and consistent. His NFL career passer rating while leading (91.6) and while trailing (90.0) are pretty close; ditto his first half (89.6) and second half (88.4) career marks. Lock, conversely, is a completely different beast while trailing (69.2, 12 picks and 10 touchdowns) compared to when he’s playing with a lead (96.8). If I’m 3-0 or 2-1 after the first month with Teddy at the controls, it’s still his show. If this September looks like the last two, though, all bets are off. O’Halloran: We really are talking about two totally different quarterbacks in terms how they operate. “Air” yards on Bridgewater’s attempts vs. the Rams — 6, 3, 6, 8, 2, 1, 4, 6, 1, 17 and 8 yards. “Air” yards on Lock’s attempts vs. the Rams — 12 (defensive penalty), 3, 4, 35, 21, 14, 13 and 6 yards. With Teddy, this offense will be workmanlike and it’s his responsibility to make sure those short passes are delivered in a way to generate post-catch yards. Drew is a home-run hitter. The bottom line — if the Broncos win games, Bridgewater remains the starter even if the offense struggles. 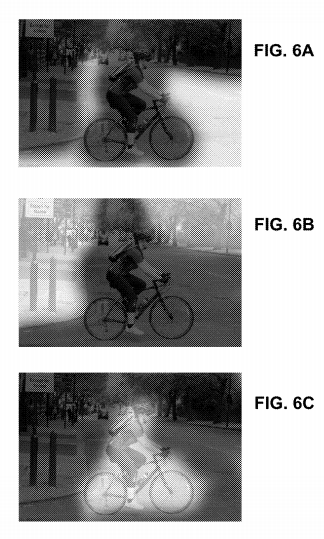 Keeler is included in 1 Expert Collection, including Medical Devices.