Jumio named as Leader among 8 other companies, including Onfido, Quantexa, and Trulioo. 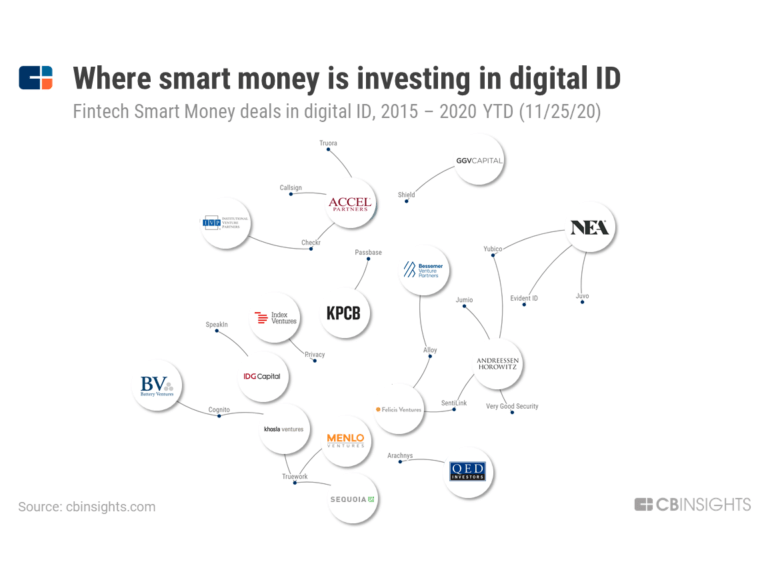 Jumio is included in 6 Expert Collections, including Banking.

For this analysis, we looked at digital ID companies working in or with near-term potential to work in fintech applications. Startups here are enabling fintech companies to verify government documents, authenticate with biometrics, and combat fraudulent logins.

Plaid expands beyond data aggregation into ID and fraud tech

Onfido delivers an AI-based technology with facial biometrics to assess whether a user's government-issued ID is genuine or fraudulent.

Veriff is an AI-driven global tech company that develops a visionary verification platform. Veriff's technology makes sure that a person is who they claim to be. Veriff analyzes thousands of technological and behavioral variables in seconds, verifying people from 190+ countries.

Trulioo is a global identity verification company, building trust online so that businesses and consumers can transact safely and securely. Trulioo’s platform provides real-time verification of consumers and business entities through API integration.

IDnow provides advanced machine-learning technology for its Identity-as-a-Service platform that can verify in real time the identities of people from different countries.