Grove Collaborative is an online retailer that specializes in sustainable/natural household essentials.

Toilet paper really is terrible for the planet. Here’s what you can do about it

advertisement Are you concerned about the devastating impact of climate change? Take a closer look at your toilet paper. advertisement advertisement A new report from the National Resources Defense Council (NRDC) reveals that the biggest toilet paper brands on the market—like Charmin, Cottonelle, and Quilted Northern—are contributing to global warming by destroying forests that pull carbon from the atmosphere. But the report also points out that consumers aren’t stuck with the big players: Brands like Seventh Generation and Trader Joe’s, along with startups like Who Gives a Crap and Grove Collaborative, offer more sustainable alternatives made from recycled paper and bamboo. In the past, most consumers haven’t thought much about their toilet paper, says Shelley Vinyard, the author of the report. But that has changed over the past five years, as more sustainable brands have entered the market. “People didn’t know that a product they used for a second then flushed down the toilet could be causing significant harm to the planet and to the climate,” she says. Before the pandemic, toilet-paper startups offering more sustainable products began popping up, including No.2, Cheeky Monkey, Bippy, and Peach. When COVID-19 struck, supply chain disruptions led to a national TP shortage. This opened the door for more people to discover this smaller companies, many of which saw massive growth. Cloud Paper, a 4-year-old startup that makes toilet paper out of bamboo, had an 800% increase in signups in 2020, and received $3 million in seed funding from Mark Cuban, Gwyneth Paltrow, and Ashton Kutcher. Who Gives a Crap, which launched in 2009 and makes recycled toilet paper, had its most successful year in 2020, allowing it to nab $50 million in funding last month. advertisement advertisement Still, the market is dominated by three manufacturers—Proctor & Gamble, Kimberly Clark, and Georgia-Pacific—which sell an estimated 80% of the toilet paper in the United States. Their brands, which include Charmin, Cottonelle, Scott, and Angel Soft, fill the shelves of grocery and big box stores where consumers are most likely to pick up toilet paper. Most startups in the space only sell their products online, and smaller brands, like Seventh Generation and Green Forest, aren’t as widely available on store shelves. The NRDC has created a scorecard that grades 95 toilet paper brands on the market, based on their carbon footprint and impact on forests, to make it easier for consumers to shop more sustainably. The big three manufacturers all got Fs, as did Amazon Basics and Costco’s Kirkland brand. Vinyard says they got the lowest score because they source their products from forests, rather than using post-consumer recycled paper or bamboo. Even more devastatingly, many of these companies are destroying the Canadian boreal forest, which stores the carbon equivalent of twice the world’s oil reserves. “Canada’s boreal forest is the largest remaining intact forest on the planet,” says Vinyard. “It’s incredibly important for fighting the climate crisis because it stores tons and tons of carbon in its soils. But it’s being logged at more than a million acres a year, which releases carbon from the soil into the atmosphere.” advertisement The report was particularly harsh on P&G, which sources all of its products from virgin forest fiber, and actually increased the volume of fiber it buys from the Canada boreal by 15% this past year. In the past, consumers didn’t have much choice when browsing the toilet paper aisle. But the report reveals that the market is changing. The NRDC has been surveying the toilet paper market for three years, and this year, it included 36 relatively new brands, many of which received good scores. Who Gives A Crap earned an A+; Bim Bam Boo, Cloud Paper, and Seedling by Grove Collaborative all earned B+ grades for their bamboo toilet paper. There are also in-house brands from Trader Joe’s and Whole Foods that are recycled and earned them both As. It’s important to note that all of these sustainable brands make up only a fraction of the market and are nowhere near as widely available as the big brands. Still, Vinyard says consumers can make a difference by choosing more sustainable alternatives, both because it saves trees, but also because it sends a signal to large corporations that there is money to be made selling eco-friendly toilet paper. advertisement And it’s possible the message is getting through. Kimberly-Clark, for instance, now offers one product–the Scott Essential Standard Roll–made from 100% recycled content. The NRDC says this is a positive step, but also points out that the company purchased more than 600,000 metric tons of natural forest fiber in the last year, a 16.7% increase over the previous year. Ultimately, Vinyard says the responsibility to stop destroying the planet lays squarely on the shoulders of the big corporations. “We created this scorecard to help consumers make informed decisions and vote with their dollars,” she says. “But the onus is on corporations to start making products that don’t come at the expense of the climate. It’s 2021; this should be the world we’re living in.” About the author

Toilet paper really is terrible for the planet. Here&#8217;s what you can do about it
Brand Building for a New Era: How Retailers Can Forge More Meaningful Consumer Connections
Six Tips For Succeeding At Retail As An Indie Beauty Brand
Mrs. Meyer's Launches Limited-Edition Pumpkin Spice Cleaning Products 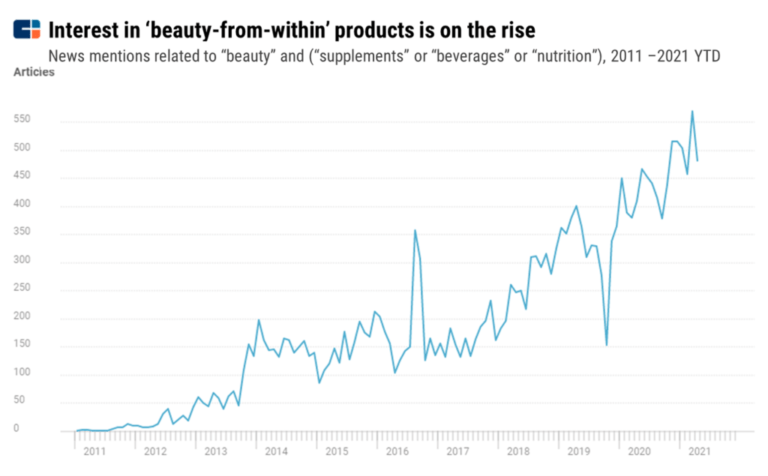 Grove Collaborative is included in 6 Expert Collections, including E-Commerce.

These companies are featured in our Tech Market Map Report — New Products & Services For Retail In Cleaning & Sanitation Tech.