Gravitas is an apparel company that specializes in versatile fashion with intelligent functions for modern women.

*** Gravitas has also picked up the North American rights to comedy-drama, Some Of Our Stallions , written and directed by Carson Mell, who also co-stars alongside Al Di, Olivia Taylor Dudley, Tim Heidecker, David Zellner, and Mike Judge. Set to be released on VOD on July 2, the film follows Beautiful Bill (Carson Mell) and Andy (Al Di), best friends who are newly released from a mandatory stint at a mental hospital. After their therapist fails at advising them on how to reintegrate back into society, Bill has an epiphany. What they need, he decides, is romantic love. They realize they need to meet women who are “genuinely crazy” like themselves so the two post up outside of a mental health facility for women. This is how they meet Bonnie (Dudley). And though Bonnie and Andy soon fall into a relationship, Bill finds himself playing the part of the third wheel. However, when Bonnie reveals she’s pregnant, Bill sees a chance to get back in her good graces. His ensuing plan to rob a bank and give the proceeds to Bonnie kicks off a years-long series of madcap adventures that challenge not only Bill and Andy’s friendship but their already tenuous grasp on sanity. Di and Amber Ripley produced the project. Liz Destro, and Mike Judge, Cedric Jilong Zhao, Di Gang Du, Chen Jian Hua, and Janet Wu. *** In addition, Gravitas has worldwide rights to Charlie Minn’s next documentary, 915: Hunting Hispanics , set for a VOD this summer. It closely examines the 2019 El Paso Walmart mass shooting where a killer shot 46 people, murdering 23. “The killer drove ten hours from Dallas to El Paso to murder as many Mexican people as possible,” said Mann. “This was the ultimate racist hate crime that should alert every American on what is happening in our country today. I hope the film will lead to deep conversations between Americans on how to minimize this bigotry. I hope some solution can come out of this.” *** AGBO has revealed the winners of its first No Sleep ‘til Film Fest filmmaking competition, which invites emerging creators to make a bite-sized film, three minutes or less, based on the provided creative prompt. First place goes to Kali Davis, a California native film student, for her short Happy Day, about a Polish cleaning woman struggling through her daily English lesson, where she soon discovers the magic of understanding. Stephen Ford took second place with his short, Pineapple,” set in a world where everyone seems to be a filmmaker, one director has to fight to upload his short film to meet the deadline in a 48-hour film contest. Adam Dumaguin, a film student from the Philippines, secured the third place slot for his short My House, centering on Dave, a young boy speaking to the things he loves about his house. Judges for the festival included AGBO Co-Founders and Chairmen Anthony and Joe Russo, Vice Chairman Mike Larocca, Co-Presidents of Story Christopher Markus and Stephen McFeely, and President of Creative Angela Russo-Otstot. The winners will receive scriptwriting software from Final Draft and will join the AGBO Storytellers Collective, an alumni network of participants from other AGBO fellowship programs. *** The Gotham Film & Media Institute has set dates for the 43rd annual The Gotham Week (formerly IFP Week), which will take place over the course of five days from September 21 to September 24. The Gotham Week connects creators to decision makers and hosts a range of panels, workshops, and networking events, including The Gotham Week (Virtual) Project Market (formerly The Project Forum), which nurtures both emerging and established artists by providing creative and business opportunities to groundbreaking storytellers working in film, TV, and audio. Call for entries for Documentaries, Narrative Series, and Audio Series are now open. 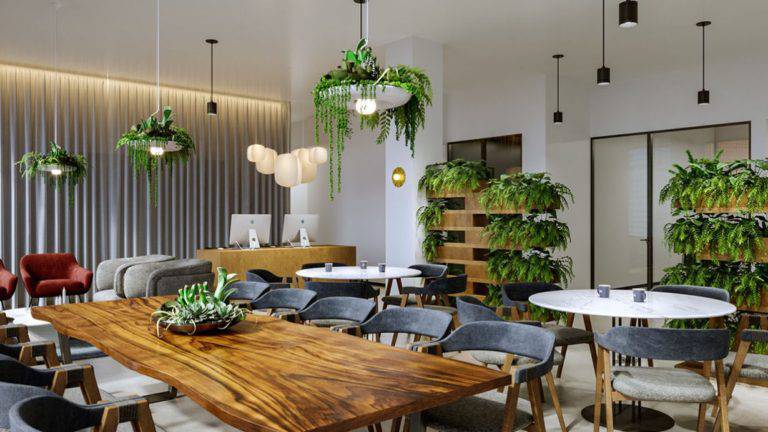 As WeWork Stumbles, These 11 Co-Working Companies Could See New Opportunity