Force Impact Technologies integrates technology into sporting equipment to increase detection of potential injuries. The FIT full-motion systems solution helps promote concussion awareness to youth athletes around the world. The company focuses on amateur athletes between the ages of 12-25 in any sport, hobby, and activity in which there is any risk for a potential head injury. 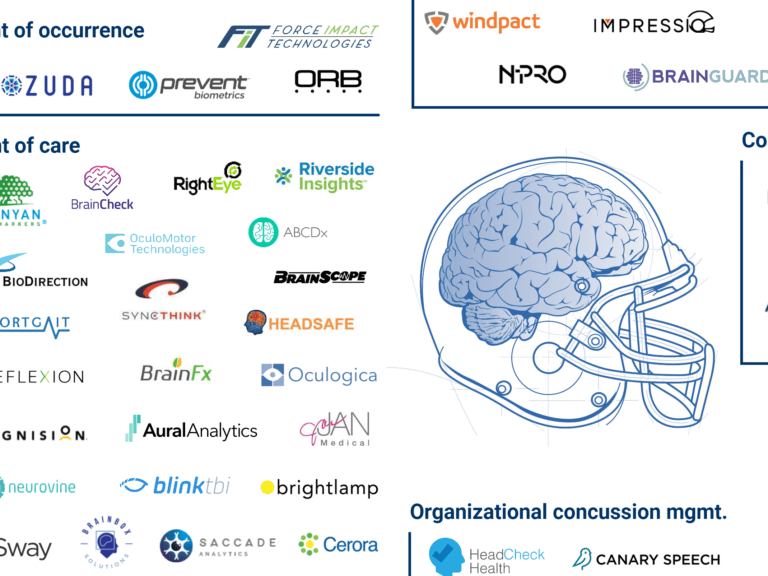 Wearable Devices Offers Potential Growth Owing to the increasing demand for monitoring and tracking data of players, the number of wearable devices in the sports market is increasing. Consequently, a significant quantity of data related to the players and team is generated, primarily used to gain insights on player performance and fitness variables, such as heartbeats, speed, and acceleration. By incorporating these wearable technologies, player performance during matches, events, practice, and training sessions can be improved, and the team's strategies and performance statistics can be gathered. Therefore, with the data collected through wearables devices, such as shoes and wristbands, it helps coaches plan and observe training, thereby, locating potential development areas. For instance, in September 2019, OrsaSport partnered with the Xampion, which was likely to help coaches at OrsaSport improve players' kick techniques in football. Moreover, wearables help in injury prevention. For instance, in January 2019, Impression Healthcare Ltd partnered with Force Impact Technologies Inc. to distribute Force's clinically-validated smart mouthguard, FiTGuard, which helps in detecting athlete head impact in sports. Additionally, the increasing number of sports leagues, such as Indian Premier League or Hockey League, is attracting global players and fans to the region. Furthermore, Japan is hosting Olympics 2020. Thus, the use of wearable player tracking technology among the team, to gain a competitive advantage, may provide a huge opportunity for the market during the forecast period. North America is Expected to Occupy Significant Market Share North America is home to numerous sports, such as soccer, rugby, hockey, basketball, baseball, and various sports leagues. American football is one of the most popular sports in the United States. This sport attracts millions of people from across American society, whether its high school football, college sports, or professional football. Additionally, basketball is one of the most popular sports in the United States after football and baseball. The United States is expected to lead market growth in the region, owing to the growing adoption of player-tracking solutions and services by the country's sports industry. Prominent vendors, such as Zebra Technologies Corporation, ChyronHego Corporation, and STATS Perform, are headquartered in the country, contributing to the growth of the market. The associations, such as National Football League (NFL), National Basketball League (NBL), and National Hockey League (NHL), are spending heavily on the robust player tracking systems to analyze and track player performance and health. These associations partner with vendors in the market studied for player tracking solutions and services, thereby, driving the market growth. Additionally, it helps associations and team management in tracking fraudulent activities during the game. For instance, in February 2019, STATS Perform, the vendor in sports data and intelligence, and the Orlando Magic, a basketball team, announced a deal that secures the Magic as the only NBA team with access to AutoSTATS, a new AI technology. The Magic would use tracking data produced by AutoSTATS to analyze collegiate players and enhance evaluation and decisions for the NBA draft. AutoSTATS provides comprehensive player-tracking data directly from video through patented AI and computer vision technology. This new technology gives the Magic exclusive access to the college tracking data currently unavailable at this scale, owing to the limited use of in-venue tracking systems. Orlando Magic is one of the first NBA teams to leverage AutoSTATS and AI-powered player-tracking technology for scalable applications. Key Topics Covered:

Global Player Tracking Market (2020 to 2025) - Growth, Trends, and Forecasts - ResearchAndMarkets.com
The FITGuard mouthpiece alerts coaches when a player might have a concussion
Force Impact Technologies Announces the FITGuard for Concussions