Fe3 Medical has developed a novel transdermal patch for the treatment of iron-deficiency anemia, one of the world's most prevalent micro-nutrient deficiencies. Roughly a third of the US population suffers from some form of anemia, and the condition is still under-diagnosed and under-treated. Millions of people, mainly women, suffer from a variety of undesirable consequences including fatigue, poor cognition, and defects in motor function. The Fe3 patch offers an alternative to oral iron for the nearly half of patients who cannot tolerate gastrointestinal side effects of iron pills such as constipation, diarrhea, nausea and bloating. A non-invasive, overnight, once-a-week patch, the Fe3 solution is easy-to-use by the patient at home.

Fri, 04/12/2019 - 9:00am Comments by Fe3 Medical   Fe3 Medical , the creators of a transdermal patch for the treatment of iron deficiency anemia, announced the results from its first human study of the Fe3 proprietary biphasic iontophoretic transdermal technology. Fe3's technology is designed as an alternative therapy for the millions of patients who suffer from debilitating effects of iron deficiency anemia, but cannot tolerate the current oral therapies available. The human study focused on the safety and tolerability of Fe3's proprietary iontophoretic transdermal technology designed to bypass ionic resistance build up in the skin. The human study follows a series of successful preclinical studies demonstrating the safe delivery of iron through the skin. For the millions of patients with gastrointestinal diseases such as celiac disease, inflammatory bowel disease or Crohn's disease, as well as those with peptic ulcers, gastric bypass operations or heavy menstrual bleeding, iron deficiency anemia is a serious condition that can result in fatigue, poor cognition and defects in motor function. For the majority of these patients, oral iron is their only therapy option yet more than 45 percent of these patients cannot tolerate the effects of the oral therapy due to side effects such as nausea, constipation and diarrhea. The Fe3 iontophoretic transdermal patch together with a generic iron compound may provide an alternative therapy for patients who cannot use oral therapy by delivering therapeutic levels of iron without gastrointestinal side effects. In addition, the Fe3 approach significantly reduces adverse effects of traditional transdermal drug delivery such as burns and skin discoloration. The human study was conducted at a Clinical Research Organization (CRO) in Texas, under Investigational Review Board (IRB) approval. The company conducted safety and tolerability studies, evaluating iron transport with Fe3's proprietary transdermal platform in forty healthy volunteers. After mild skin preparation, the Fe3 patch was applied to the thigh of the subject. The patch was programmed for a short hydration interval followed by approximately five hours of active therapy. The study demonstrated successful iron transport, with a rapid rise in serum iron levels during the first four hours and a decline and return to baseline within 24 hours. Dose-dependent increases in iron transport, consistent with expected transport rates, were also observed. No adverse effects were experienced by the subjects, including no scarring or long term staining of the skin. Mild edema or erythema resolved within three days. "We are focused on bringing a new therapy option to the millions of patients suffering from iron deficiency anemia on a worldwide basis," said Mark Sieczkarek, CEO of Fe3 Medical. "Our first human study, along with our extensive preclinical studies, give us the confidence that our transdermal patch technology can effectively and safely deliver therapeutic levels of iron. We are now preparing for the next exciting phase for Fe3 and an upcoming clinical trial. "  The Fe3 technology is based on the company's proprietary iontophoresis system. The concept for the Fe3 patch technology was developed and refined at InCube Labs, a life science research and development lab founded by Mir Imran, a prolific inventor and entrepreneur and Chairman of the Board of Fe3. The first human studies followed a series of preclinical tests in swine with the clinical device. A porcine model was selected due to its wide acceptance as a model for human skin. Similar parameters were used in preclinical testing including testing for levels of iron and device safety. "The transdermal technology platform that Fe3 is based on is capable of delivering a broad range of molecules in a highly controlled fashion, which makes it a great platform for iron, as well as other drugs such as Diclofenac for pain and inflammation and Sumatriptan for migraines," Mir Imran, Chairman and CEO of InCube Labs, said. The company has 47 issued patents, as well as 80+ applications filed in the US and major foreign jurisdictions. 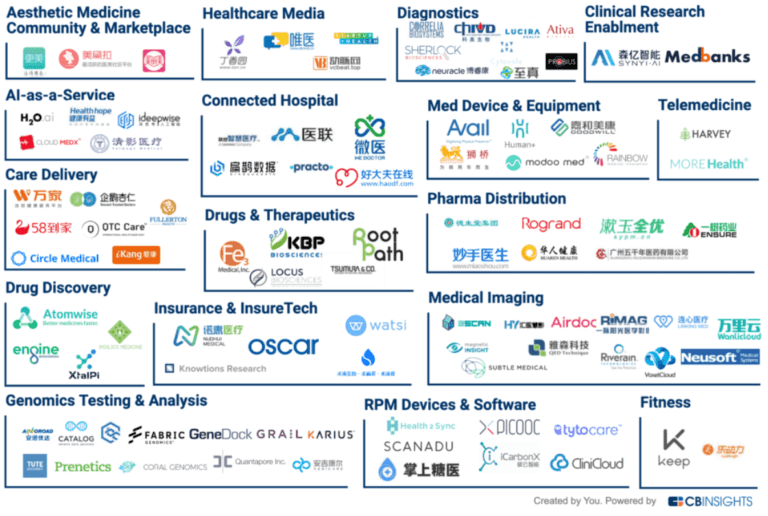 Fe3 Medical is included in 1 Expert Collection, including Biopharma Tech.