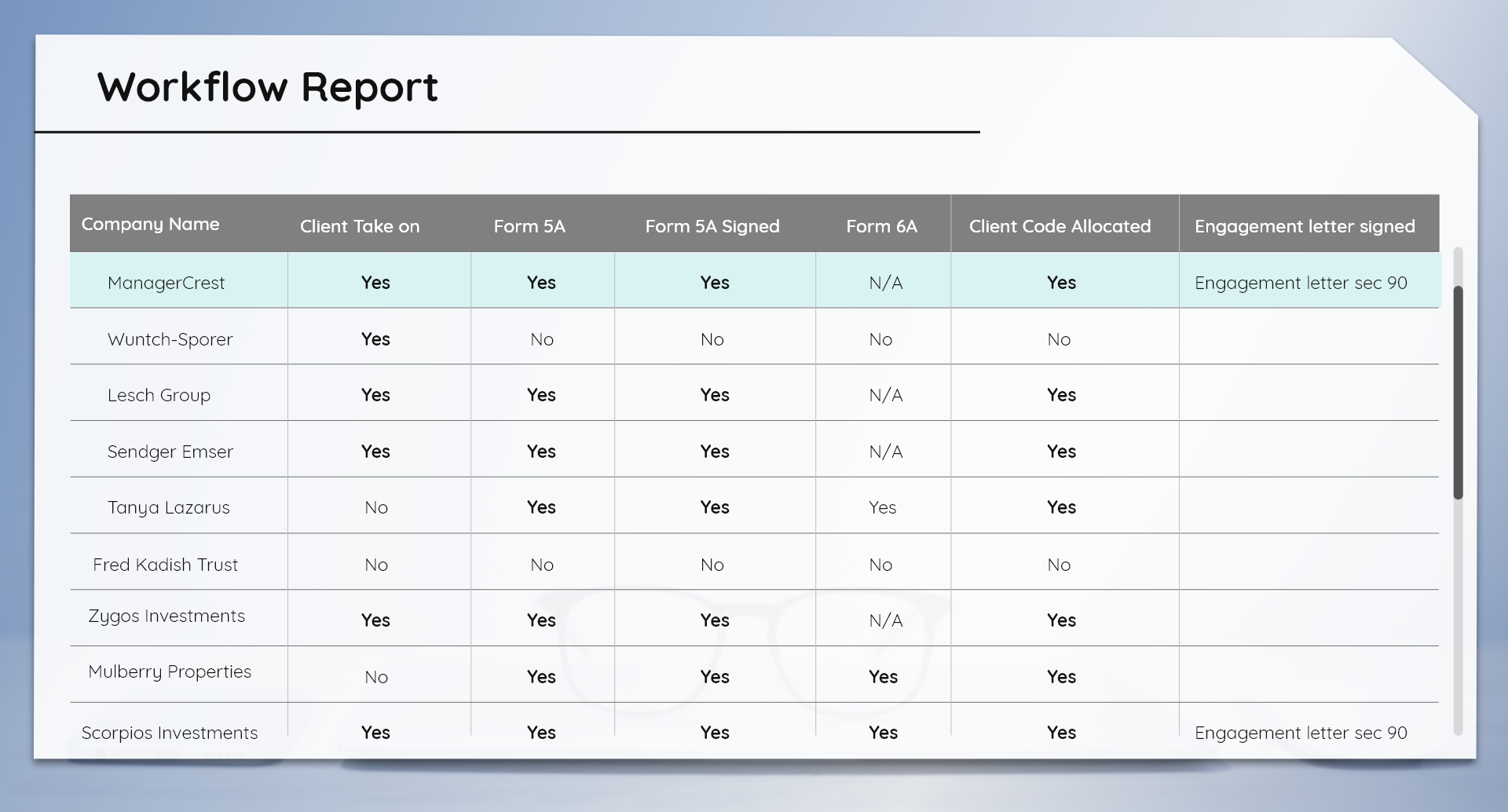 Customized, mobile-responsive and fully digital web forms that can be accessed by mobile or desktop. The digital forms are able to capture all kinds of data. Fields may utilize conditional logic to perform complex functions directly on the form. The forms can be gated by user permissions for internal employees or made public for external users such as clients and suppliers.

Cape Town tech company  Digital Cabinet  has landed R5-million in equity funding, local venture capital (VC) company  HAVAÍC  announced. The investment was secured from a consortium of individuals led by HAVAÍC, with a smaller stake from Growth Grid Venture Capital Partners, a registered section 12J VC fund founded by Roy Fine and Rob Ferguson. The company, which was founded in 2011, offers companies cloud-based paperless document and workflow management solutions. The deal was revealed in a  press release  from HAVAÍC. When contacted by Ventureburn, HAVAÍC executive director Grant Rock said he did not want to disclose the equity stake each partner has taken in Digital Cabinet. ‘The proceeds of the capital raise will be used by Digital Cabinet to increase its staff capacity, cover marketing and for product development’ In July the VC company announced that it had started a capital raise for the Digital Cabinet. At the time Rock confirmed that the VC firm had a minority stake of “less than 20%” in the tech company. The proceeds of the capital raise will be used by Digital Cabinet to increase its staff capacity, undertake a concerted marketing exercise with the objective of creating product and brand awareness and implementing further product development. Rob Ferguson, Founding Investor and Executive Director of Growth Grid believes: “This joint investment by HAVAÍC and Growth Grid marks the beginning of a collaborative relationship between the two companies united by their interest in identifying innovative companies and the desire to provide the entrepreneurs with the financial resources and guidance to enable them to realise their powerful visions”. Since the commencement of the capital raising exercise, Digital Cabinet’s joint venture partnership with Computershare, an Australian share registrar, has deepened and the two companies are exploring new product areas on which they can collaborate. Digital Cabinet also has a distribution agreement with US resellers Digital Workflows. Digital Cabinet founder and CEO Daniel Kritzas said the company currently distributes share and dividends statements to 900 000 users on behalf of Computershare. The South African company, which Kritzas who founded the company with Asaf Ben-Nathan, presently has eight employees including the two founders. Though Kritzas confirmed that the company has received interest from other markets outside South Africa and the US, he said he did not want to comment more on this. October 31, 2017 October 27, 2017 October 18, 2017 October 16, 2017 October 12, 2017 October 11, 2017 October 31, 2017 October 12, 2017 October 10, 2017 October 6, 2017 October 2, 2017 September 21, 2017

Cybereason develops software that aims to better track the actions of would-be cyber attackers. The Cybereason automated platform collects subtle clues by learning to discern anomalies and distinguish between the benign and pernicious. This data is then analyzed using Big data algorithms and proprietary knowledge enriched with external intelligence.

Automox provides a cloud-based endpoint management solution designed to completely automate the patching, configuration, and maintenance of Windows, OS X, and Linux endpoints from a single platform. Endpoint management is a massive problem for IT organizations, complicated by different operating systems, software, device types, and geographic locations. Automox's Dynamic Policy Engine allows IT managers to customize and group policies that ensure that every endpoint, regardless of location, meets regulatory and security requirements.

McAfee is a security technology company, headquartered in Santa Clara, California, and delivers proactive and proven solutions and services that secure systems and networks. On March 1st, 2022, McAfee was acquired by an investor group led by Advent International at a valuation of $14B.

Deep Instinct applies a subset of artificial intelligence (AI), known as deep learning, to cybersecurity. The company has built a vast neural network that is trained on hundreds of millions of files. There are no human dependencies related to identifying and preventing cyber attacks. As a result, threats are detected >99% of the time, with a false positive rate <0.1%. The company serves business customers. The company was founded in 2015 and is based in New York, New York.

WithSecure provides cybersecurity solutions for businesses. It was founded in 1988 and is based in Helsinki, Finland.