Interesting startups from the land of the rising sun

Interesting startups from the land of the rising sun STARTUP culture in Japan has increasingly gained momentum in recent years, ranging in industries from finance to fashion. Though not quite Silicon Valley, Japan is seeing the development of a dynamic startup ecosystem, particularly in Tokyo and Fukuoka. Seeking out disruptive startups in Japan is a lot tougher than in other parts of Asia. But this does not mean that their startup scene is lacking in any way. Here is a list of startups that are making news not only in Japan but also in other parts of the world: SmartEstate SmartEstate provides better ways to list and rent houses in Japan | Source: Shutterstock Artificial intelligence is changing many processes of everyday life in some pretty dramatic ways, from streamlining HR processes to improving marketing techniques. And now Japan-based startup SmartEstate is bringing this to the real-estate industry. The Japanese estate market can involve an expensive and time-consuming rental process. SmartEstate seeks to simplify this using machine learning to automate the rental transaction, taking people almost entirely out of the process. One of the most notable innovations of this start-up is the abandonment of traditional keys – something which usually requires a non-refundable deposit equivalent to one to three months’ worth of rent. By leveraging the Internet of Things (IoT) technology, SmartEstate has developed a cloud key which can be stored on the renter’s smartphone, saving money and ensuring convenience. SmartEstate has collected US$200,000 in new funding from investors including ANRI, Chimera and East Ventures. DentaLight DentaLight seeks to digitalize the dental industry | Source: Shutterstock Many companies of varying sizes and industries have or are in the process of, going through a digital transformation in order to streamline processes and cut costs. DentaLight’s Genie is bringing the digitalization trend to the dental industry, allowing clinics to move paperwork and other processes from analog to digital. The dental clinics can also set appointments and reminders through the Genie platform, with the ability to automatically contact patients who have not yet scheduled their next visit. This startup has raised US$1.45 million in its latest round from 500 Startups Japan, Dogan Beta, F Ventures and Beenext. Over 100 clinics are currently using Genie to streamline their processes. Vouch Insurtech Vouch Insurtech seeks to challenge the traditional model of car insurance | Source: Shutterstock This startup is a peer-to-peer group insurance buying platform that works together with multiple insurance companies to offer cash-back motor insurance to safe drivers. The policyholders can receive up to 15 percent cash-back on top of the no-claim-rebate from insurance companies by forming groups with other safe drivers. Yujun Chean, CEO and Co-founder of Vouch Insurtech , built the startup since he felt traditional car insurance models were unfair, as safe drivers are often penalized with higher premiums to cover the risk of unsafe drivers. “I realized that this was tremendously unfair, and saw an opportunity to work with insurance companies, to reward safe drivers. Insurance companies also want to encourage their customers to drive safely, as it means fewer claims,” Chean told Insurance Journal . In their latest seed funding round, Vouch Insurtech recieved around US$754,000 from investors including Nogle Capital Management and GREE ventures. WealthNavi Japan’s no.1 financial robo-advisory service in terms of user population and assets under management | Source: Shutterstock WealthNavi is an automated wealth management service aimed at individual Japanese investors. The app acts as a robo-advisory platform, where users simply answer a few questions before the app builds them an optimal portfolio. Users provide information regarding their risk appetite and how much investment growth they would like to see within a certain timeframe. Using the app’s ahm, a portfolio is suggested to the user in less than two minutes. 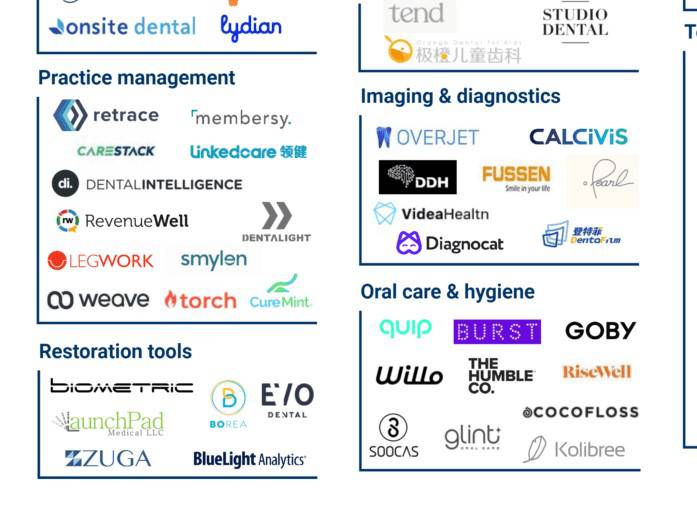 DentaLight is included in 1 Expert Collection, including Dental Health.