Next Tech provides a platform for tech education that includes a browser-based IDE, automated assessment, and seamless website integrations.On January 12th, 2021, Next Tech was acquired by Pluralsight. The terms of the transaction were not disclosed.

Space: The Next Tech Industry Frontier?

Tech has transformed life on earth over the past several decades. Will new space-oriented research lead to a fresh generation of innovations, both in space and on earth? PDF Many remarkable innovations, as varied as satellite communication, global positioning systems, digital photo sensors, and OpenStack cloud computing, have deep roots in space research. Now, in an era when even tech business leaders and tourists are journeying into space, enterprises of many different types and sizes are aiming to establish a presence in the final frontier. Telecommunications, artificial intelligence, high-performance computing, materials science, additive manufacturing ... all have roots in the space ecosystem, observes Tom Zelibor, CEO of Space Foundation , a non-profit organization that advocates for the global space industry. “The foundational heritage that each of those areas, and others, have with space exploration will shape not just our ongoing pursuits with space but also continually transform life here on earth,” he predicts. The overall space economy grew 4.4% last year to nearly $450 billion, with commercial activities accounting for well over half of the growth, reports Steve DelBusso, leader of the national security group at management and consulting firm Booz Allen Hamilton. “It’s clear that space will be a domain of continued interest, spend, and opportunities,” he adds. The Sky's No Limit Business-focused space innovations will include the development and installation of many different types of in-space infrastructure, including commercial space stations, satellite deployment and servicing, and various types of communications services. “Related to that, going back to the moon has kicked off [a market for] commercial moon landers, rovers, in-situ resource utilization and everything else a growing base on the moon will require,” says Erik Kulu, a senior space systems engineer with Kepler Communications. Kepler, a Canadian firm, is deploying Global Data Service , a low-earth orbit (LEO) micro-satellite system that's designed to efficiently and cost-effectively move data between different points on earth. Tom Zelibor, Space Foundation Another emerging market is in-space manufacturing. While still at a nascent stage, extra-earth manufacturing aims to take advantage of space's microgravity and complete vacuum to support various manufacturing processes with far greater ease and efficiency than is possible in terrestrial facilities. Space-manufactured products will be targeted at both space-oriented applications as well as toward earth-based products, such as pharmaceuticals and chip development. Whether building products in space or on earth, a major challenge facing all industry players is understanding how well their completed systems will function in the harsh space environment. “Building a small satellite or building satellite components isn’t hard; getting them to operate reliably in space is,” states Josh Perrius, a leader in Booz Allen Hamilton's national space business. “Companies that want to build systems or components of space systems need to know how to operate in that environment, similar to companies that build systems and components that work under the harsh conditions under our oceans.” Supporting production and exploration projects beyond Earth's orbit will require the development of revolutionary new communication technologies. “We need leaps and bounds in terms of advancement in deep space communication and telecom, including a new 'Space Internet' if we are ever to get, for example, high-quality video back from Mars or a landing in real time,” says Chris Mattmann, chief technology and innovation officer at the NASA Jet Propulsion Laboratory (JPL). “There are real limits today with [radio frequency communications] and deep space, so bigger bets in space optical telecom and infrastructure are good bets to make.” Back on Earth Perrius believes that progress in space technologies is destined to improve life on earth over the next several years. “Global remote-sensing capabilities are essential to tracking climate change and helping us understand where to direct resources to mitigate its impact,” he says. Chris Mattmann, NASA JPL Meanwhile, innovations in space communication promise virtually ubiquitous Internet access and data transfer capabilities, even in the world's most remote locations. Beyond Kepler's LEO Internet satellite venture is entrepreneur Elon Musk's Starlink system, which promises to bring affordable Internet access to virtually every place on earth. The project is currently in beta, with approximately half of its planned LEO satellites placed into orbit. Yet another global satellite-based Internet access project, OneWeb , is planning to begin service in 2022. Space-enabled communication breakthroughs will likely create significant challenges in the terrestrial communication market over the next several years, Perrius predicts. He forecasts disruption in the traditional telecommunications market as LEO constellations become fully operational. “Classic terrestrial cell phone and cable companies will have to adjust to continue to grow,” he says. Talent Shortage Shelli Brunswick, chief operations officer and executive lead of the Space Foundation's Center for Innovation and Education, believes that the biggest task facing space-oriented businesses isn't technical, but human. “Finding the talent with the necessary skills ... will be the biggest challenge,” she says. “As much as it is about having STEM-skilled workers, it also requires creative, hands-on problem solvers who can adapt technologies to real-world operations and operators.” There are many new entrants into the space market, but as in any market there will be winners and losers. Some new players won't survive long, and differentiation will be required for long-term success, DelBusso says. “The market will eventually right-size, and those [enterprises] that can show unique differentiation will likely not only survive but flourish.” Related Content:

Could Walmart Become The Next Tech Giant?
Grab’s Huge SPAC Merger Heralds Asia’s Next Tech Boom - The Wall Street Journal
H|T: The Healthtech Times – The next tech battleground
Microsoft’s Nuance Gambit Shows Healthcare Is Shaping Up as Next Tech Battleground 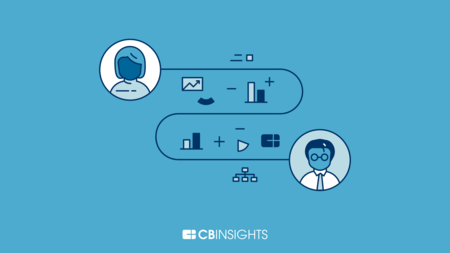 Navigating Change With CB Insights Guide: How To Visualize And Present Your Data-Driven Insights 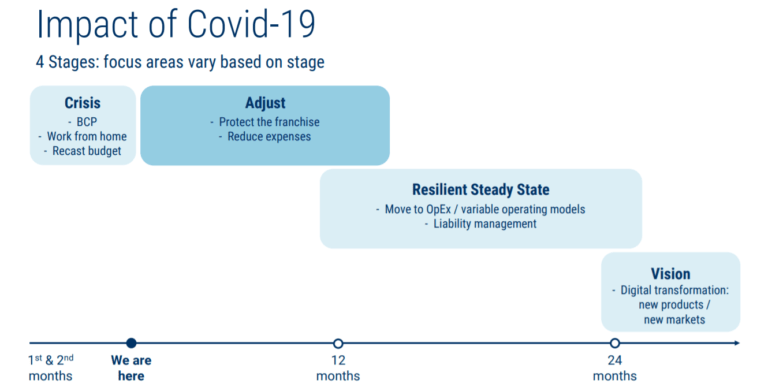 Q&A: Insurance Sector Doubles Down On Tech To Boost Resiliency In Response To The Pandemic

Next Tech is included in 1 Expert Collection, including Education Technology (Edtech).

Next Tech has filed 1 patent.