Chainspace has developed a smart contract development platform that can facilitate payments and other services through blockchain technology.

Mustafa Al-Bassam, the co-founder of Facebook acquired blockchain startup Chainspace, said Libra could recreate a dystopian financial system that’s less censorship resistant and easier to manipulate than the current one. Al-Bassam shared his thoughts on Facebook’s cryptocurrency project, saying that we could end up “worse than where we started.” The road to dystopia is paved with good intentions Mustafa Al-Bassam, the co-founder of blockchain startup Chainspace, joined the ranks of dozens of other industry influencers by questioning Libra’s decentralization model. Al-Bassam is the only member of Chainspace that didn’t join Facebook after it acquired the company earlier this year. In a lengthy Twitter threat, he said that while he had no doubt that the Libra team wants to create an open, decentralized payment system, the road to dystopia is paved with good intentions. Namely, Libra’s decentralization model is what worries Al-Bassam the most, as it has the potential to create a financial system that’s prone to censorship and manipulation. My concern is that Libra could end up creating a financial system that is *less* censorship-resistant than our current traditional financial system. You see, our current banking system is somewhat decentralized on a global scale, as money travels through a network of banks. pic.twitter.com/NCapXRluY8 The current banking system is more or less decentralized on a global scale, with money traveling through a vast network of banks. Such a network makes collusion almost impossible, as no majority of parties can agree to deny other banks the ability to maintain relationships with each other. On the other hand, cryptocurrency systems are always at risk of a 51 percent attack that can censor or reverse transactions, no matter how decentralized a network is. Albeit, a large enough mining network can make such an attack so costly that it is impractical. Libra’s potential worsens problems of censorship resistance Al-Bassam believes that Libra could easily become the world’s de facto currency, as Facebook’s immense user base and the sheer convenience of its services would render all competitors obsolete. However, if the Libra network is the only way to transfer value—and if (when) it’s easily censored—it would cause irreparable damage to the global financial system. Libra’s permissioned consensus node selection authority is derived from Swiss law and not from independent stakeholders, leading to more centralization. This, according to Al-Bassam, can be solved by creating a “Sybil-resistant” node selection model that would be less prone to censorship than Libra’s current “association-based” model. A Sybil-attack in computer science means an attack in which an attacker creates many anonymous identities to gain disproportionate influence in a peer-to-peer system. Differ methods of user verification and increasing the cost of influence over a system, like proof of work, can help mitigate Sybil attacks. My argument is Sybil-resistant node selection through permissionless mechanisms such as proof-of-stake, which select a set of cryptographic keys (which may be individuals) that participate in consensus, is necessarily more censorship-resistant than the Association-based model. Despite the fact Libra outlined their plan to switch to a proof-of-stake based permissionless model in the next five years, there is a high probability that the system would be too late to fix by then. The research scientist also criticized Libra for its claims that permissionless, scalable, and secure blockchains are “an unsolved technical problem.” He pointed out that Ethereum 2.0 has long passed the research stage of their blockchain scalability efforts and that the model is currently in the implementation stage. He also added that Chainspace, the company he co-founded, was working on implementing a permissionless sharded blockchain with high on-chain scalability when Facebook acquired it. “With FB’s resources, this could’ve easily been accelerated and made a reality,” he said. All in all, Al-Bassam found it disappointing that Facebook didn’t use its vast resources to implement the numerous scalability solutions that the community was developing and had decided to run with a centralized, permissioned, and censorship-prone system instead. Like what you see? Get more Libra coin news in your inbox... Subscribe to CryptoSlate Recap, our daily newsletter containing the top stories and analysis. 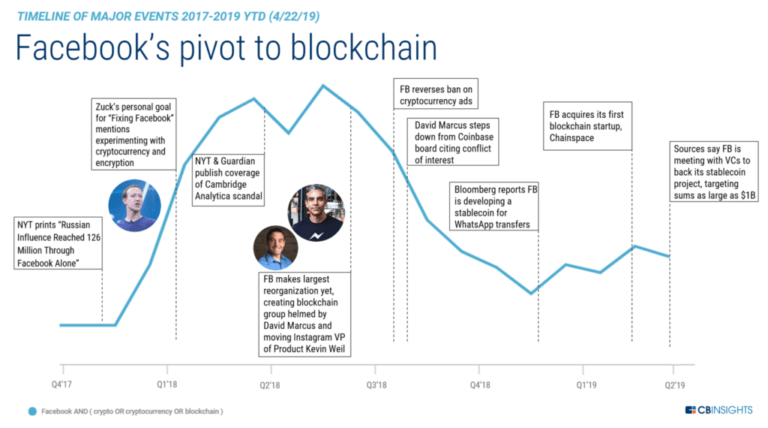 FaceCoin: Here’s What Facebook Could Build In Blockchain And Cryptocurrency

Chainspace is included in 2 Expert Collections, including Blockchain.