Celtic Renewables is a biofuel company that develops technology to turn whisky by-products into biofuel that can power vehicles.

These flourishing tech startups from Scotland are ready to own 2021

These flourishing tech startups from Scotland are ready to own 2021 When it comes to UK’s tech sector, Scotland has strengthened as a leading technology sector destination. While there are many clusters of ambitious tech companies across Scotland, these are mostly found in four largest cities such as Edinburgh, Glasgow, Aberdeen and Dundee. Aberdeen-based BrewDog is one of the most successful stories of the region and the nation’s only active unicorn, also Skyscanner is another name that has contributed enormously to the booming tech scene. As of now, the region has over 2,000 ambitious businesses, of which over 30 per cent are tech companies. Within Scotland’s tech sector, there are a sizeable number of tech companies that use artificial intelligence. Other sectors that are flourishing in the country include digital health, fintech, edtech, IoT, and digital security. At UKTN today, we have listed some notable Scottish startups operating across industries that are flourishing right now including spacetech, cybersecurity, and more. Take a look at these flourishing startups from Scotland over here. Image credits: Pawprint Funding: £ €422k In the climate-conscious world that we live in, a carbon-output tracking company Pawprint aims to empower everyone to measure, understand and minimise their carbon footprints. It is the first eco companion tool that encompasses all aspects of life such as home, work, and beyond. The business grew in 2020 as there was a huge demand for its online tool amidst the pandemic. In November last year, the Edinburgh eco technology business raised £427K from 241 investors on Crowdcube. It surpassed its own target of £400K crowdfunding in less than a week. The company aims to have a global impact and intends further development of its product. Image credits: Skyrora Funding: £M 39 The spacetech sector has witnessed a revolution over recent years as companies are developing breakthrough technologies. One such company is Edinburgh-based Skyrora , which designs, manufacturers, and deploys rockets that will help small satellite manufacturers enter into space. The company that is developing launch vehicle technology bagged £2.5 million from the European Space Agency (ESA) in March 2021 to boost the production of space technologies. Image credits: Talking Medicines Founded year: 2013 Funding: £M 2 Glasgow-based Talking Medicines is a social intelligence company for the pharmaceutical industry, which is headquartered in Glasgow. Using a range of data collection tools, the company’s AI data platform supports companies by turning patient comments into actionable pharma-grade intelligence. In November 2020, Talking Medicines picked up £1.1 million funding from Tern Plc alongside participation from The Scottish Investment Bank. The company announced that it will use the funds to launch its new AI data platform and hire new employees to its data tech team. Image credits: Intelligent Growth Solutions Intelligent Growth Solutions Founded year: 2013 Funding: £7M As there is a surge in the global population and wealth grow, there is a surge in the demand for food. Dundee-based indoor agritech Intelligent Growth Solutions is a specialist that has developed vertical growth towers in order to produce food in urban regions and maximise yields as well. It is known for creating the first vertical farm in Scotland in 2018 and let producers grow crops all through the year by controlling factors such as airflow, lighting, and temperature. In September 2019, Intelligent Growth Solutions secured £1.6 million as an extension to its Series A funding round led by agri-investor Ospraie Ag Science (OAS) along with Agfunder. The round was meant to help the agritech expand its market presence. Image credits: Trickle Founded year: 2016 Funding: £M 9.1 Cybercrimes such as cyberbullying, the spread of misinformation, and more have serious impacts. This is where the Napier University spinout Cyan Forensics comes to play as it creates new technologies that will enable law enforcement and social media firms find and block harmful online content. In March this year, the Edinburgh-based tech startup secured €5.8 million (nearly £ million) in a funding round led by Par Equity along with participation from existing investors Mercia, Triple Point, SIS Ventures, Scottish Enterprise and the MacLeod Family Trust. The investment will accelerate the company’s ambitious international growth plans in the next two years. Image credits: Flavourly Funding: £M 15M Edinburgh-based biotech firm Celtic Renewables is the first company that creates biofuel from the byproducts of the scotch whisky fermentation process. The company has developed its method on an industrial scale and is capable of fuelling cars in Belgium. It tests its biobutanol technology at the Bio Base Europe Pilot Plant (BBEPP) in Ghent, Belgium. In October 2020, the cleantech innovators Celtic Renewables announced the launch of its Crowdcube funding campaign wherein it has attracted £25 million. This is one of the largest investments bagged by a Scottish SME of this size. It reached the initial minimum target of £1.75 million in less than 24 hours. Image credits: Frog Systems Funding: £M 600k Amidst the pandemic, the Tech for good companies witnessed a strong performance. This trend is all set to continue into 2021 as well. One of the companies that grew with this sector is Glasgow-based Frog Systems , which is a digital mental health and wellbeing startup that utilises video to communicate messages of hope and signpost support to those in need. In February this year, Frog Systems picked up £500K funding in a significant funding boost from several blue-chip investors. Some of the investors including Sir Rod Aldridge, the chair of the Aldridge Foundation and founder and former chair of Capita Group along with participation from existing investors and four new investors. The company intends to use the funds to hire new staff to lead its expansion over the next 12 months. Image credits: Build a rocket boy Build A Rocket Boy 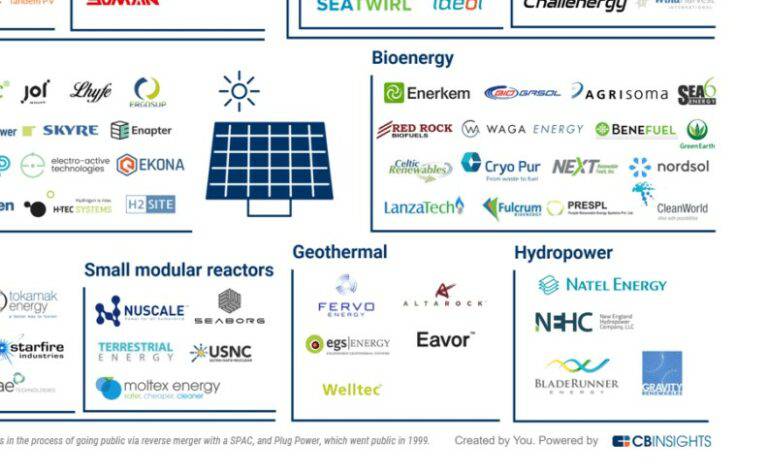 Celtic Renewables is included in 1 Expert Collection, including Renewable Energy.