January 13, 2020 Last spring in San Francisco, I went on a robo-caffeinated trip to Cafe X Technologies , a runner-up in AgFunder’s 2019 AgriFood-Tech Innovation Awards. Shortly after meeting Cafe X chief operating officer Cynthia Yeung, I was introduced to their three generations of robotic barista — Michael, Robin and Francisco the Second. (No mention of what had become of Francisco the First.) Yeung said back then that she expected another model would be gracing San Francisco international airport that Fall, and I told friends to look out for it on their next trip through SFO. By December, friends kept reporting back that they were getting their coffee at the terminal from… people. It turned out no such branch had opened; and Yeung herself — an ex-Googler and an ex-Softbanker — had vanished from the company like Francisco the First. She is now a consultant at Diligent Robotics , an Austin-based company designing robots for hospitals; their robots offer healthcare assistance rather than coffees. No flight of fancy But the idea of airport robo-baristas has ultimately proved to be no mere flight of fancy. Instead, the robo-coffee cudos had been transferred to San Jose International, where the first new model opened at the end of November. The cause for SFO losing out to San Jose? Interminable terminal construction works, apparently. And the SF jetsetters did not have much longer to wait: on 27 December, Cafe X opened its San Francisco airport branch too, just in time to see in the new decade. “This machine was fully engineered by our in-house team and is designed to be manufacturable at scale,” Cafe X CEO Henry Hu told me in a LinkedIn message. “In terms of features, it can now prepare up to six drinks at a time and has a larger drink menu. It also has an expandable section on the countertop which we can fit accessories to in the future. The first accessory we’re working on is a shelf to serve pastries.” Cafe X at SJC and SFO use locally-sourced ingredients including California-roasted coffee beans from Ritual Coffee, Equator Coffees, and Intelligentsia Coffee. Premium ingredients also include Japanese matcha, Oatly (Swedish oatmilk), and organic milk from Clover Sonoma. Cafe X will also be offering pastries from Third Culture Bakery , the creators of the Original Mochi Muffin and Butter Mochi Donuts. The locations will be staffed during peak hours by Cafe X’s human team of Robotic Cafe Operators and Coffee Specialists, who provide customer service and product education to travelers at SJC. For the rest of its never-ending shift, the robot works alone. Where next for airport robo-cappuccinos? Hu did not say on record which airport would be next — no hints of Las Vegas, LAX, Logan, Heathrow or Tokyo (these are this reporter’s unscientific guesses, for anyone taking bets) — but Hu did say that “there are several that we will be expanding to in 2020 in the US and internationally.” Explaining his company’s strategic focus on airports to complement their existing downtown branches, Hu reckoned there was a good chance to offer something that gives human baristas a run for their money. “Cafes at airports generally do very well but the issue is that most airports have long lines at cafes,” he wrote. “This is problematic for travelers who need to catch flights as well as airport employees who have limited break time. Cafe X machines can be installed in locations at airports where it would be impossible to build a traditional cafe and it can operate 24/7.” Bitter Competition Hu will have little time to rest on his laurels about airport launches; he still has a healthy froth of competition brimming in the Bay Area and beyond. In New York, there’s Truebird building AI-driven micro-cafes also aiming to line the walls of hospitals, airports and offices. It is backed by Alleycorp. In Austin, Texas, there’s also Briggo . Then there are a spate of similar-minded companies that have also sprung up in China, Korea and elsewhere in Asia, like Ratio. And it’s clearly not just all about caffeine in the automation rush for the food and drink service industry. Sunnyvale-based Blendid has its Chef B, which will mix you a smoothie for $6. If you’d rather a healthier option like a salad, Chowbotics has Sally, its robotic salad-tosser. Prefer a bit of junk food like pizza or burgers? Check out Zume Pizza or Creator’s Rube Goldberg machine, which tirelessly flips patties without breaking a sweat. Will these soon one day serve you a coffee or tea with that? Funding and Distri-brew-tion Aiming to grind down this competition, Cafe X is powering ahead with research and development. For this quest — and to help pay the bills for San Francisco’s exorbitant retail rental fees, including at airports — Cafe X’s 30 plus team is funded by around $14 million worth of investments. These include investors like Craft Ventures , Jason Calacanis , Felicis Ventures , and The Thiel Foundation. Share on email

At Cafe X, Robot Baristas are Grinding Down the Competition
Robot Coffee Chain Cafe X Nears $12 Million in New Funding Round
Robotic café chain raises $9.4 million
This US$25,000 robot wants to put your Starbucks barista out of business 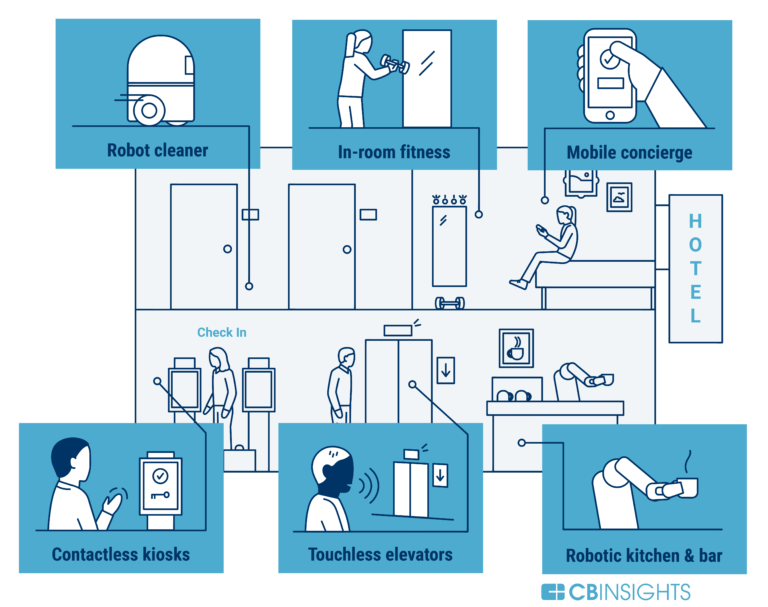