CB Insights Intelligence Analysts have mentioned Bitrise in 2 CB Insights research briefs, most recently on May 2, 2022. 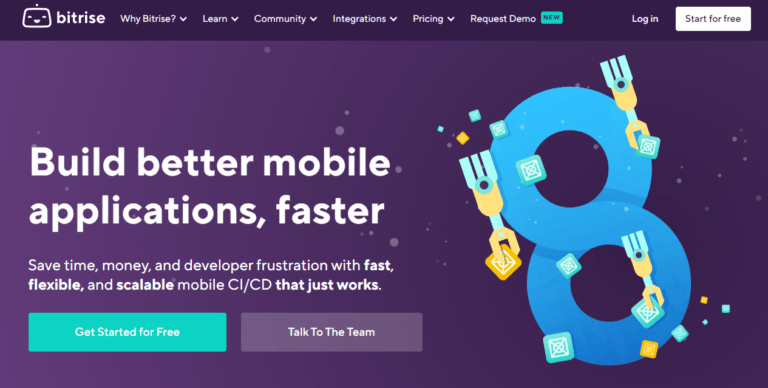 The Mobile Bank Taps Mobile DevOps Company to Increase Frequency of Releases to App Stores, from Once Every Three Weeks to Nearly Once a Week, While Ensuring Strict Compliance Standards N26, the mobile bank that lets users in 24 markets control their accounts and debit cards from a mobile app, announced its work with Mobile Devops company Bitrise. N26 has more than seven million customers and processed approximately $90 billion in transactions in 2021. The company recently raised $900M to scale its offering throughout Europe and into South America–an initiative that will depend in part on getting mobile releases to market faster, while meeting strict compliance standards. Since it began working with Bitrise in June 2020, N26 has decreased the time it spends on mobile app testing by 80% organization-wide, increased its app store release frequency from once every three weeks to nearly once a week, and automated and expanded its security checks. “There is increased demand for digital banking, and with it increased pressure to constantly be releasing updates to app stores” According to Insider, nearly 90% of consumers are already using mobile banking. As financial transactions increasingly take place on mobile applications, banking apps must meet two primary demands from consumers: a fast, seamless transaction and a completely secure experience. For a company like N26, which is completely mobile-based, the speed of its releases and updates into Apple and Android app stores and the quality of its security aren’t only a mobile problem; they can make or break their entire business. And because they’re a regulated organization in a regulated industry, their technology partners must meet strict security standards. Bitrise works with more than 6,000 companies around the world to maximize the overall business impact of their mobile apps. Its clients include a heavy concentration of fintech companies whose revenue is either largely or fully generated on mobile. Over the past year and a half working with N26, Bitrise has cut down the company’s build times by 50% and reduced its average testing times from 2.5 hours to a half hour. As a result, N26 has been able to increase the frequency of its releases to app stores to nearly once a week. Bitrise has additionally automated all mobile workflows and allowed N26 to expand on critical security processes, such as threat modeling and flaw detection, to ensure the safety and security of N26 app users. When N26 shifted the responsibility of app security maintenance to Bitrise, it also sped up essential security pre-screens in place to identify issues before the app goes into testing for a full release. Prior to its work with Bitrise, N26 had a team of five people dedicated to manual troubleshooting. The company now has nearly 80 mobile engineers dedicated to building new features and further automating the release process through Bitrise. “There is increased demand for digital banking, and with it increased pressure to constantly be releasing updates to app stores,” said Dama Damjanovic , Principal Engineer at N26. “Bitrise has been instrumental in helping us not only run builds more efficiently so we can test new features and updates before releasing them to millions of live users, but also ensuring our users’ banking information stays secure in the process. Fortunately for us, Bitrise was the rare third-party vendor that quickly passed through the verification checks and assessments that come with bringing new technology into a regulated financial institution.” Since it began working with Bitrise, N26 has released N26 Smart, its mid-tier subscription plan with advanced banking features; Income Sorter, a way for users to automatically save every time they get paid, Round Ups, which lets users save their spare change automatically, and Split the Bill, which enables users to split payments with family and friends directly from the app. “Finance apps are redefining banking, but still have to meet the same regulatory requirements as traditional banks–not to mention, the elevated expectations of the consumers who have chosen to switch to them,” said Barnabas Birmacher, CEO of Bitrise. “From a mobile app development perspective this means, meeting the strictest privacy and security requirements and continuously introducing new functionality and features. Our work with N26 frees up their time to dream up and build new features instead of babysitting mobile processes so they can stay ahead of competitors and focus on expansion.” Bitrise automates all of the critical processes that stand between N26 and their ability to release mobile app updates frequently. These processes include everything from building and testing new app versions to understanding how new code affects apps before shipping to app stores.

CloudBees provides solutions that enable IT organizations to respond rapidly to the software delivery needs of the business. CloudBees Continuous Delivery Platform provides a wide range of CD solutions for use on-premise and in the cloud that meet the security, scalability, and manageability needs of enterprises.

Unleash is a technology and feature management platform that allows developers to test and analyze new features. It is based in Norway.

Harness offers a continuous delivery-as-a-service platform designed to provide a secure way for engineering and DevOps teams to release applications into production. Harness uses machine learning to detect the quality of deployments and automatically roll back failed ones, saving time and reducing the need for custom scripting and manual oversight. The company was founded in 2016 and is based in San Francisco, California.