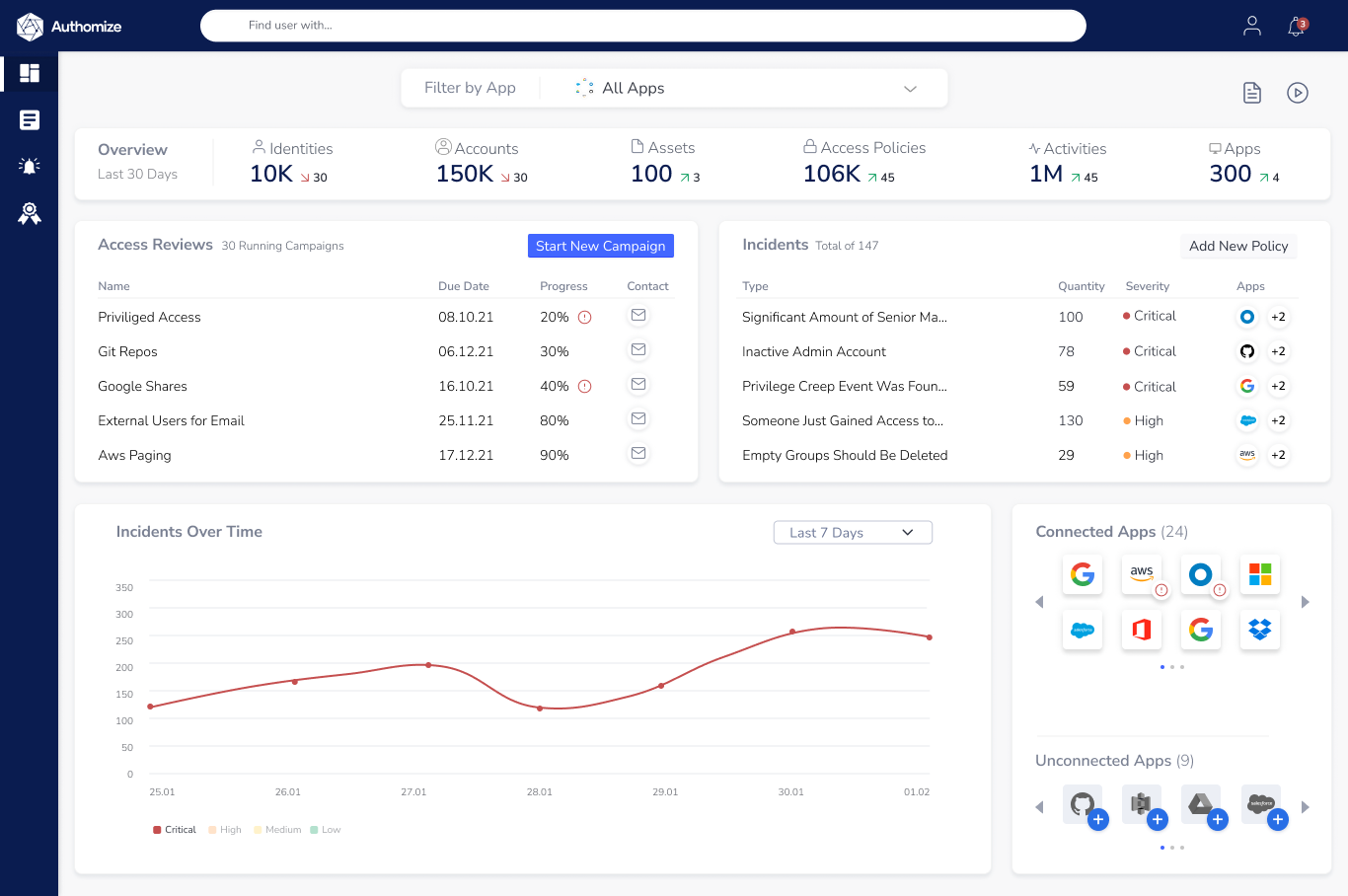 Authomize is included in 2 Expert Collections, including Cybersecurity.

Share Authomize, the first Cloud Identity and Access Security Platform, announced that B2B technology pioneer René Bonvanie has joined its Board of Directors to drive the company’s scale for serving Fortune 500 customers. Bonvanie, the CMO Emeritus of Palo Alto Networks, brings a distinguished track record of success among the giants of the industry. He helped build Palo Alto Networks into a cybersecurity powerhouse as its CMO for over a decade. Bonvanie made his mark driving innovation at Oracle for 10 years as a VP. His career also includes stints with SAP, Salesforce, Veritas Software, and Serena Software. “Authomize’s approach goes deeper and wider than anyone else in Cloud Identity and Access Security,” says Bonvanie. “The company understands today’s and tomorrow’s threats so its customers know they can stay ahead of attackers. I’m excited to help Authomize share this message widely and in new ways as it sets the pace for the industry.” Bonvanie joins Palo Alto Networks alumni Gal Diskin (CTO and co-Founder), Ariel Cohen (Chief Business Officer), Cohavit Almagor (Advisor), and Shailesh Rao (Advisor) at Authomize and rounds out a growing list of security and identity leaders who have joined Authomize’s advisory board, including Daniel Bernard (SentinelOne), Mark Settle (Okta), Declan Morris (Splunk), Paul Trulove (SecureAuth), and Gai Hanochi (Fiverr). “René has led some of the world’s most influential companies. He is well-versed on the highest priority challenges of Chief Security Officers of global organizations, and will help Authomize refine its market fit and go-to-market strategy,” says Authomize’s CEO and Co-Founder, Dotan Bar Noy. “We look forward to René playing a substantial role in our expansion in North America during 2023 and future global expansion. His hands-on approach will serve us well.” This latest addition to Authomize’s Board of Directors before the end of the year marks a rapid expansion of continued North American growth. The company added more than 15 channel, distribution and technology partners, including Delinea, Ping Identity, Synnex, CDW, Optiv, and others. Additionally, in June, Authomize earned the Cutting Edge Authorization for Cloud Security and Market Leader in SaaS/Cloud Security awards at the 10th Annual Global InfoSec Awards. PR Newswire, a Cision company, is the premier global provider of multimedia platforms and distribution that marketers, corporate communicators, sustainability officers, public affairs and investor relations officers leverage to engage key audiences. Having pioneered the commercial news distribution industry over 60 years ago, PR Newswire today provides end-to- end solutions to produce, optimize and target content -- and then distribute and measure results. Combining the world's largest multi-channel, multi-cultural content distribution and optimization network with comprehensive workflow tools and platforms, PR Newswire powers the stories of organizations around the world. PR Newswire serves tens of thousands of clients from offices in the Americas, Europe, Middle East, Africa and Asia-Pacific regions. Prev Post

Ermetic is a platform for managing user and service permissions across cloud environments.

Yubico specializes in login authentification, preventing unauthorized access to computers, servers, and internet accounts.The company's core product, YubiKey, protects access to user accounts for large enterprises, requires no driver or client software needed and supports multiple authentication and encryption protocols on all devices and platforms. The company serves enterprises, SMBs, individuals and developers. It was founded in 2007 and is based in Stockholm, Sweden.

HYPR specializes in decentralized biometric security to users across the Fortune 500. The company's FIDO -Certified software is integrated into employee and customer-facing applications to eliminate fraud, enhance user experience, and increase revenue. From banking to mobile payments and even connected cars, HYPR leverages biometric sensors across a fully interoperable architecture to ensure user data is kept private across the Internet of Things.

Saviynt offers complete access governance and intelligence solutions for critical data, workloads, DevOps resources, and access to critical applications on cloud and enterprise. Saviynt combines granular application access, risk and usage analytics, and real-time prevention with out-of-box risk signatures and SOD rules to address security and compliance needs for the enterprise. The firm primarily serves the technology, consumer goods, financial, food products, and construction industries. It was founded in 2010 and is based in El Segundo, California.