With the emergence of over-the-top services supporting voice, text, and video communications over the internet, mobile network operators (MNOs) have seen their growth prospects stall and plateau as their future as telecom infrastructure gatekeepers turn bleak. In fact, industry projections paint a picture that is anything but pretty as the growth rate of telcos worldwide was estimated to remain stuck at a patchy 0.7 percent through 2020, and that was even before Covid happened. Thus, being just a telco is not enough these days. As it is, telecoms firms find themselves needing to evolve beyond the ‘Telcos’ manifold and take on a new form as ‘Techcos’ (technology companies). And on the African continent, this ‘ telco evolution ’ trend seems to be gaining momentum. And perhaps it’s about time something changed. Across Africa, telcos like MTN, Vodacom, Airtel, and Orange have seen the cash cow that is voice revenue continuously grow leaner, as seen in their various financial reports. Also, data revenue seems to be perpetually at the mercy of government regulation that places a cap on prices. Thus, telcos have to look elsewhere if they are to grow substantially in the near term and survive in the long run. And it appears they have spotted the new wave that is being talked up as the space that holds the biggest future gains: Fintech. Perhaps Vodacom saw the handwriting on the wall early when the telco tried to push mobile money in South Africa in the form of M-Pesa starting from 2010. Ultimately, Vodacom found it tough to get mobile money to stick in South Africa for reasons mostly tied to divergent market needs and faulty execution, and the service was discontinued in 2016 , having amassed only 76,000 active users. Needless to say, Vodacom would be hoping for better outcomes with its latest, admittedly more-robust fintech pursuit, VodaPay, which, according to Vodacom CEO Shameel Joosub, is “an innovative platform that is simple, accessible, cost-effective, and suitable for the banked and unbanked market, that operates outside the formal banking sector.” Like Vodacom, other MNOs in Africa seem to have also been bitten by the “Telco-to-Techco” bug. The global Telco-to-Techco trend is an emerging model that has telecoms firms seeking to transform into digital service providers that leverage their platforms to offer services in finance, health, and entertainment, among others, rather than serving up only mobile telephony. In Africa, the biggest telcos on the continent seem to have always been drawn to one thing: financial services. And after the Covid-induced economic downturn from the previous year, it seems Africa’s biggest telcos have all resolved to accelerate long-fancied fintech plans and even launch ahead of schedule. In recent times, the likes of Orange, Safaricom, MTN Group, and Airtel Africa, all seem to be restructuring and converging on the same idea: Capitalising on their reach and brand to build out a presence in fintech. This has been reflected in the efforts of these telcos to roll out products and services that seem focused on leveraging digital financial services. The aim is to supplement the large swathes of the African population that have access to mobile connectivity but remain either unbanked or underbanked. (Some reports estimate 57 percent of Africa’s population is unbanked.) Interestingly, the footprints of telcos in financial services used to almost exclusively feature around mobile money transfers, and they seem to have done a good job of it as telcos have played an important role in making Africa the mobile money capital of the world; with 500 million registered accounts, 159 million accounts, and over 150 mobile money services across the continent. However, telcos seem to have found that they can do more than just enabling people to send and receive money via their mobile phones. At this point, Africa’s biggest telcos seem poised to carve out entire, more sophisticated fintech empires of their own. And as Africa’s fintech scene continues to heat up, this promises to be another battlefront to keep an eye on. Featured Image Courtesy: Reward360 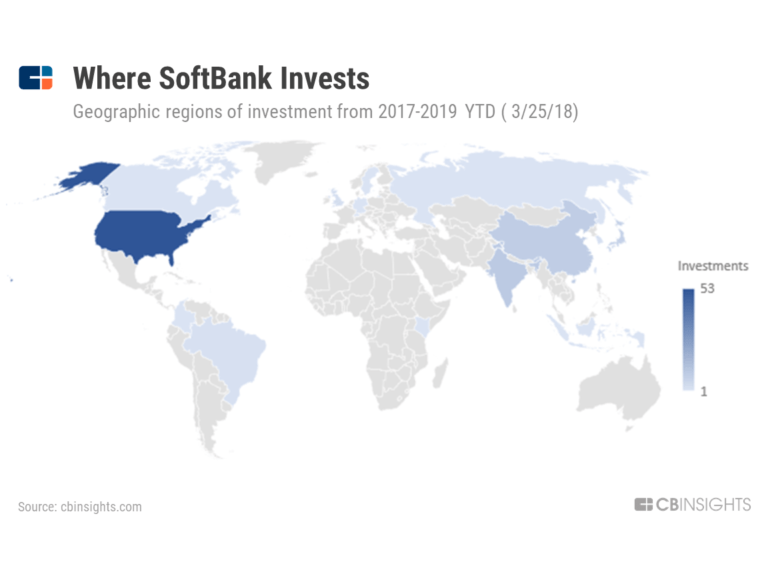 International Kingmaker: How SoftBank Invests Around The World

Airtel Africa is included in 1 Expert Collection, including SoftBank Investments 2017-2019 .